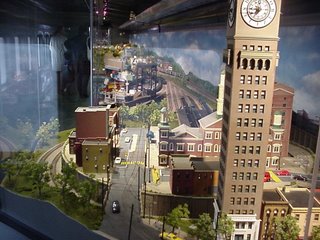 On Tuesday Nov 28 2006 ABC "The View" (11 AM EST) presented an interesting show on the shortage of adoptive and future foster parents. One gay male couple was presented, one female couple was shown, as well as one conventional heterosexual couple.

Rosie O'Donnell is one of the co-hosts, and she drew attention to the issue of gay parents when she came out as a gay parent. Stories from The Advocate, MacLauin Kidzworld. Rosie tried to help a couple of gay foster parents in Florida, which will not allow gay parents to adopt children.

There are about a half million children in foster care, and the "moral case" for interesting more potential parents in adoption is becoming more visible in the media. In many states, single people are welcome to adopt. (In Minneapolis there were multiple ads at bus stops encouraging singles to consider both adoption and foster care.) At the same time, allowing gays to adopt undermines the "birthright" of a mother and a father for any child. Is this realistic? Would public policy incentives encourage more heterosexually married people to adopt, or will unmarried people always be needed? This is becoming a complex moral question.

Rosie mentioned the "celebrity feud" between Kelly Ripa and Clay Aiken on an earlier episode of "The View" this month. I did watch a tape of "Live with Regis and Kelly" of that episode and didn't see much happen, but she did yet at him when they were horsing around at the end.
Posted by Bill Boushka at 12:22 PM

I am very interested in this topic, and sorry that I missed the show. My new novel, RETURNABLE GIRL, is about a teen in foster care and her journey to adoption. It's a realistic yet positive story, written to help draw attention to the plight of these kids. FYI, the story ends with her two brothers being placed with a gay couple in Alaska (positive outcome.) I won't tell you the rest--it might ruin the surprise!
www.pamelalowell.com (my website)