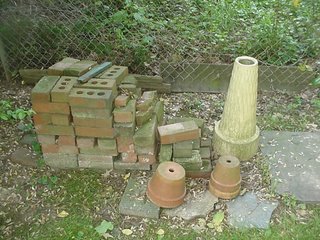 On January 26, 2007, ABC 20-20 presented an outstanding one hour documentary "Waiting for the World to Change", about homeless kids in Camden, NJ, the nation's poorest medium-sized city (a suburb of Philadelphia). One boy enters school, and an African American male teacher or administrator sits with him to see if he knows how to count by "threes" (leading to the three's multiplication table). Another boy treasures every little pronoun and preposition as he learns to read. The teenage boys struggle with holding down part-time minimum wage jobs to support their families and keeping their grades up enough to graduate. One little boy says that he wants to get out of his community by becoming "Superman," and being different enough to excel (like Clark in the series in the next post). The show says, an ordinary person should be able to lift himself or herself out.

In poor communities, blood family loyalty is everything. The unfairness of the outside world is accepted, to the point that everyone in a family must put other family members first. In a sense, that sometimes seems like the viewpoint of the Gospels. That is why gender roles are so important in minority communities. That is also a reason that the civil rights movement and the attempts to overturn racism and economic injustice became connected, in the 60s and 70s, to fighting sexism and homophobia.

On my first job after the Army, I lived near Hightstown, near the NJ Turnpike, and drove 30 miles to one assignment in Cherry Hill, which, while only a few miles away, is economically another planet. In the show, kids from well-off Moorestown meet kids from Camden.

17 year old Nick Graham was shown as having opened, as an entrepreneur, a grocery store in tiny Truman MN, somewhat east of Worthington on I-90 (traffic from the Twin Cities typically goes through Worthington on the way to South Dakota). He has been so successful that Wal-Mart plans to come to town.