CNN: The War Within, Christiane Amanpour 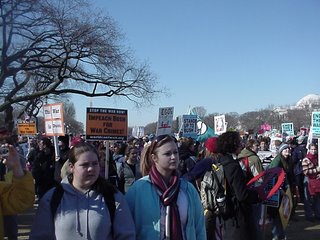 CNN has recently broadcast a one hour documentary by Christiane Amanpour, "The War Within" as part of the CNN Special Investiagions series, about radical Islam in Britain.

Radical young men see democracy as "hyprocrisy" and believe that, even when they live in a western country, they have the right to live under Sharia law. One idea that they seem to resent is the emphasis in the west of equality for women, which they feel denies them a sense of manhood. (What Islam really teaches about women may be quite a different matter from what they feel.)

The documentary presented an Islamic artist in Birmingham, England, who was inviting the entire community to do a colorful outdoor wall painting.

It also presented a debate on Islam in Ireland.

It also presented plans to build the largest mosque outside of Islamic countries in East London.

Bruce Bawer had commented on the refusal of young Muslim men to assimilate into European society in his recent book While Europe Slept.

This CNN film should not be confused with a feature from Magnolia Pictures, directed by Joseph Castelo, in 2005. Link is here for review.
Posted by Bill Boushka at 2:13 PM