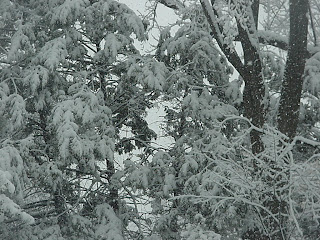 The show analyzed several possible future terror and disaster scenarios. In one situation, baseball fans at in are exposed to hydrogen fluoride gas when a truck is driven into a storage depot at a nearby Sunoco facility. This causes a kind of Black Sunday scenario. This could be prevented by changing the chemicals used in oil refining. HF is the most active of the halogen acids (it can etch glass) since fluorine has the greatest electronegativity of any element (ask any honors chemistry student).

In another scene, a tanker filled with liquefied natural gas () enters the harbor, and approaches the (in the famous Clint Eastwood movie). Nearby are hundreds of thousands of people in office buildings, condos, and , as well as the tunnels and subways.

Other scenarios are natural. An earthquake ruptures the levees in the central valley, endangering hundreds of thousands of people in and surrounding cities.

The rest of the broadcast reviewed disasters that have already occurred. One is the massive northeast power failure in August 2003 when a tree fell on an overloaded power line in , and the feedback loop failed. Another was the huge fire at the Great White -- Station nightclub in in February 2003, and the way that medical emergency response was overwhelmed by a relatively small (in comparison to potentiality) catastrophe. Finally, the program reviewed response to Hurricane Katrina in .

Anderson Cooper also traveled to the Amazon rain forest in Brazil, where explorer Corwin, his own body and arms covered with temporary native tattoos, explored the environment of the native indigenous peoples, whose environment is being destroyed by the cutting down and burning of the forest for commercial agriculture, probably contributing to global warming.