Do kids watch too much TV? 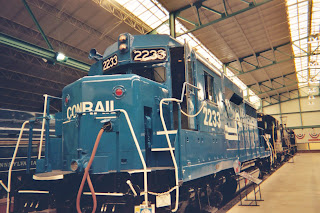 Julie Steenhuysen has a Reuter news story today “Majority of babies ‘big’ TV watchers”. The Washington Times ran it on the front page on May 8, link here. http://www.washingtontimes.com/national/20070508-122143-2487r.htm or here.

The story gives detailed statistics indicating that children under two, often only a few months, are watching a lot of television and DVD’s, some of them designed for babies. Pediatricians and child authorities have often recommended that children under the age of 2 should not watch television at all, because fast moving images (even in baby programs) may compromise their ability to develop concentration skills. Here is a typical story by David Derbyshire in the UK, quoting at study in Seattle.
Another is by Lawrie Mifflin from The New York Times, Aug. 4, 1999, here.

There are many shows for very young children, such as “Blue’s Clues” dating back to 1996, from Paramount / Viacom’s Nickelodeon Junior starring (most often) Donovan Patton. The show tends to repeat the same themes repeatedly and combines animation, sets, and Patton’s acting. Children’s television is big business and very specialized in the skills it requires, to the extent that Nickelodeon offers internships in children’s writing.

I can recall, in seventh grade, back in 1955 for me, being told by teachers, “Read! Don’t watch television.” We watched some (we had our first television in 1950, and it often broke then), but on a couple of occasions teacher’s assigned programs, and often used films, filmstrips and other visual materials, especially for history and social studies.

Educators worry today that over exposure to media contributes to introversion, obesity, and poor concentration. In actual practice, students seem as varied as ever, with great extremes (just watch “It’s Academic” or even “Jeopardy” which has its share of teen champions), often related to parents’ income. Computers and Internet and media are great learning aids when used properly.
Posted by Bill Boushka at 2:16 PM