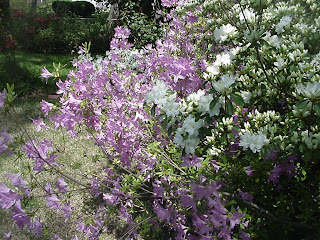 The Mormons (2007, PBS / American Experience / American Masters / Frontline, dir. Helen Whitney) is a monumental two part documentary film (four hours today), the first half tracing the origins of Mormonism with Joseph Smith and the persecution, and the second half covering the doctrines and the way Mormons live. Website.

It is remarkable, the film says, that the Mormons did such an about-face and externally became part of the American capitalist mainstream, particularly from the 1950s on (having had to drop polygamy and then racism). But internally, the church seems like an authoritarian, communal or collectivist “cult” perhaps, but one which is enormously successful in providing for members who believe and practice its tenets. It does present a certain paradox. 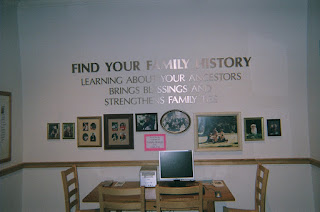 The second half of the film covers the controversial areas like Mormon missionaries, the intolerance of intellectual dissent and excommunications, the temple rituals, and most of all the eternal family. The intellectual dissent issue is quite striking. Archeology contradicts the idea that (Caucasian) descendents from Israel could be ancestors of native Americans, who are racially Mongoloid, with hairless bodies and other distinct characteristics that have persisted for thousands of years. 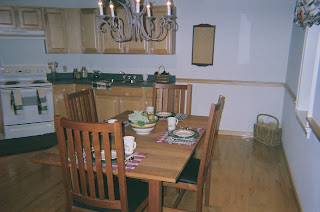 Mormon young men save their own money to go on missions (“God’s Army”) at age 19, two years in which their lives will be totally regimented while they “proselytize”. A film in 2000 about missionaires called "God's Army" had emphasized that male missionaires are taking their turn "doing something for somebody else", yet what they are doing (in their worldview) by "proselytizing" is giving others a chance for eternal life -- an idea that seems silly in modern secular individualism but that is dead serious to the faithful.It’s necessary to be a returned missionary to have a desirable status in the church and marry within the church. The church demands full tithes all of its members’ spare time, much of to run its super efficient welfare operation which was one of the first and most effective responders to Hurricane Katrina. 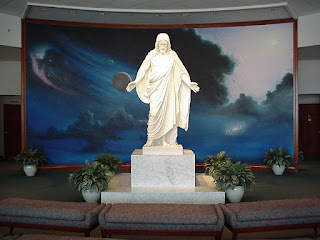 The importance of the Mormon family as a socializing unit “for eternity” was well dramatized, and what strikes one about this is that Mormonism purports to take care of and find a place for everybody. Persons with homosexual inclinations must abstain from homosexuality but may be encouraged, even almost required, to marry and have children, who are thought to have pre-existed as members of the family, which has the moral obligation to bear them. One gay man, an artist, presents the story of his marriage which ended when he was "caught" and excommunicated. One tragic case of a filmmaker whose wife died after bearing an eighth child is recounted.

The power of the "establishment" within the church (the priesthoods) is important because in theory the leadership (the church courts) can deny people eternal life through excommunications, or lesser spiritual punishments. It does seem presumptious for a church leadership (which, for Mormons, is quite secretive compared to other churches) to proclaim that is, on earth, has the power to deny salvation.

Despite the apparent "success" of Mormonism as a way of living (and charitable outreach) for many of its members, some people leave for reasons of intellectual integrity. One ex-member said, "it is not what it claims to be."

The Mormon practice of saving ancestors is shown, as is the iron mountain of genealogical records.

The success of Mormon culture raises a moral question with its best successes. Some people in the culture do so well by accepting the goals of the religion as dictated by others and becoming totally socialized by these goals and beliefs. Indeed, the culture is extremely well set up to raise children in a nurturing environment (with the Family Home Evenings, where distractions are forbidden). Yet, a culture like this really cannot thrive without impacting the freedom of others who may not wish to belong and may need to go their own ways. See my review of the film “Latter Days.”

I visited the Dallas Temple in 1983 during the "open house" period. The Mormon Temple in Wheaton, MD is an important landmark on the Maryland Beltway outer loop, near Washington DC. In October 1987 I did visit Colorado City, AZ, where a polygamous offshoot left over from 19th Century Mormonism has a settlement -- and the obvious question, besides the well-being of the women, is what happens to the young men without wives? They are kicked out, and need to leave anyway.

I recall reading a book called "The Mormon Mirage: A Former Mormon Tells Why She Left the Church" by Latayne Colve Scott, back around 1980. As I recall, in the book she claims she never knew of a "Mormon homosexual."

Appreciate you remembering The Mormon Mirage, my book which I have updated and which Zondervan will re-release later this year. This edition has a lot about Mormon homosexuals -- they've really become more visible in recent years. For more information, check out my "365 Reasons Why I Won't Return to the Mormon Church" "Cult Fiction" blog, and "Incite" blog on my site -- www.latayne.com

Meanwhile, congrats on an interesting site of your own!