ABC 20/20: Getting Real About Real Estate 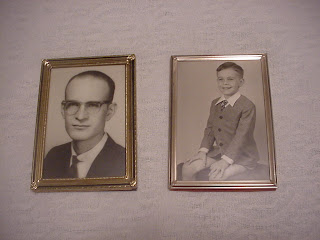 ABC 20/20 presented a segment June 22, 2007 ("Getting Real About Real Estate") about the recent real estate boom and bust. Early in the show, the book: “The Automatic Millionaire Homeowner: A Powerful Plan to Finish Rich in Real Estate” by David Bach (Broadway, 2007, hardcover, 272 pages, ISBN-13: 978-0767921206) was presented. The author was asked to work with a couple in Detroit and another couple in Fresno, CA, both with weak credit and modest incomes. The author was able to help both couples, but he counseled the California couple to cut back on lifestyle items (including computer games for the kids) in order to be able to afford a home. He looks at home ownership as essential for every American.

The show presented some other success stories. Most were families with kids that needed the “surburban” houses for growth and needed to upscale when there were more children. But at least one was a single male uptrading on condos in New York City, buying with roommates, and a millionaire by age 30 doing so. The man rented most of his properties and became a property owner and manager.

Actually, property ownership, renting and development has become a popular “pseudo-Trump” “career” in the gay communities in New York, LA, San Francisco, and to some extent other cities like Dallas. Families are sometimes less likely to take the time to develop these skills, and seem more likely to make their money in careers, using the economies of scale of dual incomes.

One wonders how people afford the million dollar homes around many larger cities (or even the $500000 condos, say in Arlington). Lower interest rates and clever financing have reduced income and downpayment requirements, often eliminating downpayments. We all hear stories about people getting into trouble when rates change, and about the foreclosures, the sales for deficiencies and the possibilities of deficiency lawsuits on borrowers (even original owners in certain mortgage assumption situations). When more is owed on a property than it is worth (because of price drops or damage), one’s net worth is severely affected mathematically. Real estate does have downturns, and I got caught by the overbuilding-driven (and oil price related) downturn in Texas that started in the late 1980s and continued for much of the 90s. That’s why real estate, as a wealth building tool, has to be thought of the way you think of anything. Carefully. A middle class person with little money needs to make it almost a full time career (or at least a second career) and it will take a great deal of time and work. (But so does day trading in the stock market; there is no magic bullet to getting rich, Trump notwithstanding; just watch “The Apprentice.”) But people, outside of the obvious glamour areas like big media and Hollywood, often get wealthy by leveraging other people’s work. They call it sales. Sometimes there are elements of a pyramid, whether Amway, or something more “respectable” like renewal commissions in life insurance premiums. It involves manipulation of others, not for everyone. Mainly for the extroverted. I made a comfortable living as an individual contributor – computer programmer, not by manipulating others.

In the past, moralists extolled the virtues of small town real estate, and country living. It’s true, investors in large city residential or commercial real estate have to worry about sudden wipeout caused by disaster, or even terrorism. But rural real estate can be wiped out, too, by wildfires or floods.

The program went into the pros and cons of using a professional realtor, with mixed results. Commissions are often negotiable, and it is not easy these days to get established as a realtor.

The program also went into the touchy topic of “toxic neighbors”, how they can cause litigation, and property values to drop.

Finally, the program showed the process of “staging” a home for sale at top dollar. (In medicine, “staging” definitely has a negative connotation.) Essentially, professional stagers, often rah-rah, come in and refurnish and redecorate a home according to the generic materialistic tastes of the current market rather than the personal tastes of the owners. This is much easier if the owners have left and moved out. It would be impossible, for example, to run an appearance-distracting home-base business very well while a home was being staged. Staging (and associated repairs) can cost thousands, but often pays off in getting an extra $20000 to $40000 on a contract offer on higher end homes.

ABC web reference here.
Posted by Bill Boushka at 7:33 AM