Are You as Smart as a Fifth Grader? 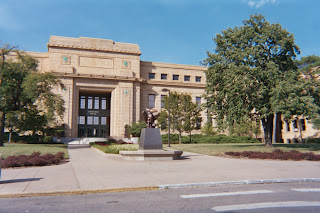 Well, OK, Fox has some clean family fun with the board game-like (yes, Parker Brothers, maybe) quiz show "Are You Smarter than a Fifth Grader?" The contestant is asked up to ten questions on the way to one million dollars, on a range of subjects from first to fifth grade. He/she can drop out at any point and keep the winnings. If he misses a question, he loses all or most of what he won. He gets one "cheat" and one "peak", a a kid who can help him. If he drops out or misses one question (and the kid doesn't bail him out), he has to look into the camera and say, "I am not smarter than a fifth grader."

Tonight 25 year old pastor Ben, of an evangelical church, won $300000. He stumbled on the fact that a killer whale or orca is a dolphin, but the kid bailed him out. (The orca may be the most intelligent animal except for man.) Now the show started with pastor Ben telling everyone that he had once, when a boy, vomited on another kid in choir practice. He bailed on the question, "Who is the Greek god of wine?" Sure, a pastor shouldn't know such pagan, idolatrous stuff. It's Dionysus.

Then they brought a salesman on, who had been a pre-med student at Kent State in Ohio. He thought that the passage from the mouth to the nose was the esophagus, a first grade true-false question.

Of course, they pick the smartest kids for this. The questions are probably not too different from what might show up on the Virginia SOL's (Standards of Learning), part of NCLB (no child left behind) . Maybe they were just a little harder.

I do think that Ken Jennings, David Madden, or Kevin Marshall (all from Jeopardy) could make this show look pretty silly.

Picture: Strong Hall at the University of Kansas (where I went to grad school -- MA, Math, 1968). Many of the math courses were in this building.
Posted by Bill Boushka at 7:18 PM