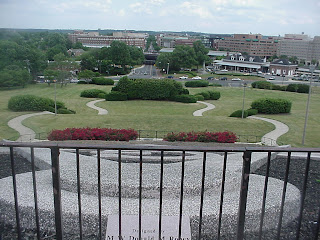 About half of the first hour was spent on the war in Iraq, the controversy over the lack of WMD’s. One senator suggested that a preventive first strike against Iran with tactical nuclear weapons could be acceptable, where as libertarian-leaning Ron Paul said that attacking (or even threatening) a country that has not attacked us is our worst moral problem.

McCain suggested that calling the war in Iraq Bush’s war was like calling Bosnia Clinton’s war.

Huckabee was put on the spot about evolution, and indicated that one either believes we were created or we were not.

On the question about gays in the military and “don’t ask don’t tell”, all of the candidates punted (in comparison to the Democrats). Ron Paul came the closest to calling this a matter of individual rights and responsibilities and conduct (rather than "group rights", a concept that he assailed), which could amount to repeal. The others wanted to defer to military leaders and not make sensitive changes that could affect unit cohesion during wartime.

On health care, the candidates call for very large tax credits to purchase health insurance, along with health savings accounts. But they seemed to insist that every person own his own moral risk.

On immigration, they sounded a bit tongue-tied on the issue of weakening the importance of family ties, since this forces some contradictions in their positions.
Posted by Bill Boushka at 7:45 PM