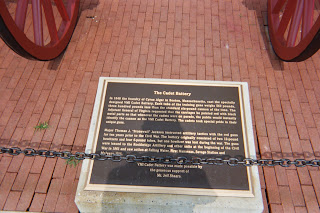 Most of this morning, CNN gave us reality TV "courtroom drama" -- although really it was a North Carolina State Bar Ethics Committee hearing of District Attorney Mike Nifong, who may well face disbarment because of his withholding DNA test results and public comments during the investigations of the three members of the Duke lacrosse team, who were eventually cleared of all charges.

Reade Seligmann testified, and went into tears as he described a period when he believed his life to be ruined. Particularly disturbing was his account of his call to his mother.

Nifong himself testified, and admitted that he talked to the media with inappropriate comments. He also claimed that the complexity of the case was overwhelming and he simply could not keep up with all of the evidence, given his political distractions.

Two major points stood out. One is that when district attorneys (and perhaps judges) are elected, they may perceive political pressure to obtain or render convictions when the evidence does not support a finding of guilt.

The other is that public officials -- especially prosecutors -- are not free to vent their personal views to the press (or in blogs for that matter) on cases or sometimes many other matters.

Later on Friday June 15 2007, Mike Nifong announced his intention to resign as District Attorney in Durham County. Media sources seemed to indicate that Seligmann's emotional testimony on live CNN was a major factor. The story is here. However Nifong still faces a possible recommendation of disbarment by the Ethics Committee, even given his resignation.

MSNBC and CNN showed the findings of the ethics committee live mid-afternoon. Nifong has been summarily disbarred. Here is the CNN story.
Posted by Bill Boushka at 2:34 PM