Dr. Phil has bigoted enemies face off; Oprah has town hall on Imus 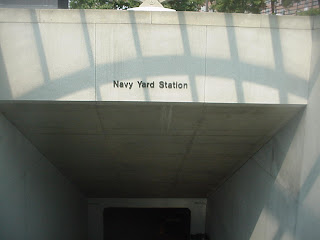 Dr. Phil today (Monday June 25) had a “Dr. Phil House” segment where people who hate those who are different from them were forced to face off.

He had a white supremacist sounding off against an African American woman, and it’s pretty easy to imagine the “arguments.” He had a lesbian faced off against a “homophobic” straight woman.

What came through these confrontations was the role of personal need. The straight woman apparently had a lesbian mother, whose neglect in her particular case had caused her social deprivation in her teen years. She blamed all homosexuals for what had been an isolated problem in her own family. Dr. Phil got this out of them and got them to talk to each other, and even to do an “Outward Bound” style rope climbing exercise where they had to count on one another.

Dr. Phil went on to make a distinction between “lifestyle” issues and orientation, or who someone is. A parent might object to a an adult child’s “staying out late” as a lifestyle conduct matter and not have to object to homosexuality itself.

Of course, the psychology of this gets a lot more complicated, as I noted in a couple postings recently on my GLBT blog (see profile). Parents sometimes feel that they need the emotional protection of child loyalty and shielding from competitive cultural challenges and distractions (that they may perceive as judgmental) in order to function.

Oprah last Thursday had a town hall on the fallout from the Don Imus firing. There was a general feeling that record companies should fire or cancel the contracts of rappers who consistently release pornographic or abusive rap lyrics, as these affect the self-image of many African American people, especially women.

On Monday, June 25, Oprah had Chicago interior decorator Nate Berkus as a guest, and took us through his own lakefront home. She did present one of his customers, and it is interesting how interior designers can make so much money by manipulating people's feelings in a living space. It may sound "Donald Trump like.: But, then again, don't all artists manipulate people's feelings? Of course they do. It just isn't always in person.
Posted by Bill Boushka at 7:22 PM

Oh Dr. Phil, always the voice of reason. That's interesting about that bit with rap lyrics, and their supposed "negative" effect it has on our society. I say, just roll with it. I think Oprah should roll on by to Alhambra Palace Restaurant this Thursday June 28th in Chicago. I work with Toyota and we're putting on an event called Yaris vs Yaris where amateur DJs and sneaker artists showcase their music and sneaker art to celebrity judges such as Dj Clark Kent, Dice Raw, and Truck North just to name a few. You can RSVP at http://www.yarisversusyaris.com