Redux on debates on CNN: Faith, Values and Politics; then 1:1 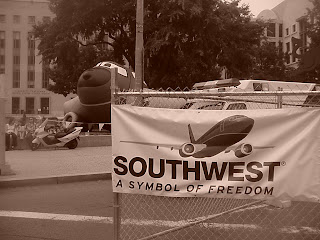 On Sunday night (June 10) CNN produced an interview with some of the Democratic candidates on matters closely related to faith. The tone was generally non-committal. Sen. Edwards was asked if he believed in evolution or creationism, and he said, "evolution." Edwards went to great lengths to distinguish his personal beliefs on some things and what his responsibilities would be for president (reminding us of Jimmy Carter). Of course, many people take anything one does as evidentiary of their ultimate intentions and don't accept that.

A Catholic priest in the audience criticized hyper-individualism and asked Senator Clinton on what we could do to work together. Senator Clinton talked about health care, and indicated that in order to insure everyone, every politician would have to budge a bit on their ideological position in order to pass effective health care reform. Senator Clinton ended her answer with "Something has to be taken away from some people."

One thing that makes single payer health care harder is that giving up the idea of individual "moral hazard" makes "private behaviors" more of the public's business. It is also a delicate political matter to determine exactly what any universal (especially single payer) system will actually cover.

The next two hours Sunday night had Wold Blitzer matching the Democratic and Republican responses on particular topics (including gays in the military) from the previous New Hampshire debates.
Posted by Bill Boushka at 7:20 PM