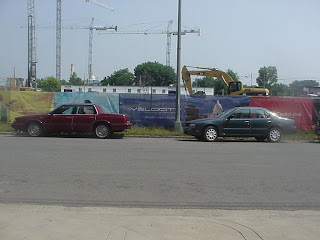 One important part of the film business is commercial advertising, and many actors are gainfully employed doing commercials, mostly for television (sometimes for pre-show commercials in movie theaters). Some of the best commercials are genuine entertainment, with the “beginning, middle and end” of any script. For example, one soft drink ad shows an actor bounced around like a billiard ball through the streets of San Francisco.

I want to discuss a potential legal point about Valtrex, medication (apparently prescription) that would control herpes virus infections. Pharmaceutical television ads have always been problematic, as they are loaded down with medical disclaimers (required for legal protection) that distract from the flow of the ad.

Herpes itself is worthy of a summary. It is a group of DNA viruses that tend to lend inside certain cells, especially nerve cells. Just before HIV came along, herpes was the new “scarlet letter” among the heterosexually active, as indicated in a Time magazine story in 1982. Besides genital herpes, there are many others: chickenpox (which can get reactivated later in life as shingles), cytomegalovirus, and especially Epstein-Barr virus, which causes mononucleosis, but also has been suspected of causing Hodgkin’s Disease and certain non Hodgkin’s lymphomas in genetically susceptible people. HH6 is suspected of causing Kaposi’s Sarcoma, a multifocal blood vessel “cancer” in immunocompromised patients, which used to comprise largely HIV infected gay men. HIV is a retrovirus (RNA, not a DNA virus), but a relative called HTLV-1 was known to cause a kind of leukemia even before HIV was identified.

So it’s understandable that a company will want to advertise an anti genital herpes drug to a targeted audience. The Valtrex ad features an attractive young couple outside on bicycles. The young man is very tall and particularly handsome, almost breathtaking. He boasts, “I have genital herpes,” and the young woman says, “and I don’t.” Later there is a line like “We can keep it that way.” The ad does say that the medication is intended for heterosexual use only.

Now, normally we understand that an actor is playing a fictitious role, and that statements made in a show or film are not to be taken as literally true of the actor. In publishing and media law (including television and motion pictures), however, there is a legal precedent that claims that when a character resembles an identifiable person and the person is defamed, the person can sue for defamation (libel). This has particularly affected a few famous novels (“The Bell Jar”). Now, in this particular commercial, the actor looks the viewer in the eye and makes a statement that would normally, in a public view, be viewed as possibly derogatory. He utters it with such conviction as to convince the visitor of its apparent truth, as if he had taken this particular ad gig to express a personal issue. Is this to be taken this way in this case. Or, is this, after all, just “acting”? I wonder, because there is another situation I am aware of where it can matter.
Posted by Bill Boushka at 1:01 PM

My name is Lisa Betty and i would like to show you my personal experience with Valtrex.

I am 33 years old. Have been on Valtrex for 18 months now. My HHV-6 IgG levels have not dropped, but my fatigue did improve enough to get me out of bed most days. This is one of the best things I've done with fighting chronic fatigue syndrome to improve my health. I also experience shingles in my neck while already on Valtrex, and I am positive that it helped keep the rash to a minimum.

I have experienced some of these side effects -
I have to wash off the blue coating because I react to dyes (and GSK will no longer sell the drug to compounding pharmacies). Mild constipation upon initially starting it which resolved on its own.

I hope this information will be useful to others,
Lisa Betty