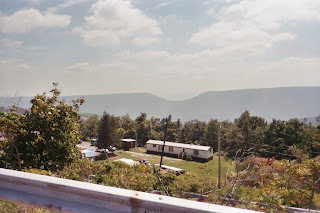 Today, July 10, 2007 (my birthday), the NBC Today show pandered to the conventional wisdom about What Women Want (that was really a movie, wasn’t it). They want a burly muscular guy for short term flings, and they want to entice a gentler, more subtle person for long term marriage, someone who will be stable enough to stick around to raise the kinds. Other anthropologists write that male pattern baldness is an evolutionary trick, whereby men prove they can survive long enough to raise families.

All sounds like George Gilder (“Why Men Marry” or “Men and Marriage”) poppycock. They showed a buff guy, even with underarms shaved, for the silly short term stereotype. But current tastes in television in the movies, one must say, are making the geek more appealing as the New Man.

Last night, ABC Family premiered “Greek” (directed by Patrick Sean Smith -- on imdb the quotes are part of the show title for any TV series; here the e's are supposed to be epsilons) with an SAT geek freshman Rusty Cartwright (played by the new Jacob Zachar) as trying to rush a fraternity and live up to his morals based on family loyalty. He even gets into an uncharacteristic bar brawl over the blood loyalty issue, to protect his older sister. In the end, the geekness wins out. His effeminate but right-wing roommate is less convincing. (The show really didn't get that far into conventional rush week hazing.) ABC Family’s “Kyle XY”, with the cloned Kyle played by Matt Dallas, while capable of looking buff, plays up his character and mental brilliance, in the latest episode in solving a robbery that impacts the family. Other geek role models are Nick Fallon (Blake Berris) on the soap “Days,” who has to navigate the moral muddies of crime family life.

And the recent “Die Hard IV” (that is, “Live Free or Die Hard”) movie hangs together only because of the acting performance of Justin Long as the “good” hacker Matt, who carries the audience along the whole ride. It is Matt, not John McClane (Schwarzenegger-clone Bruce Willis) who is the hero this time. (Even with "everyman" Shia La Beouf playing the kid, the film would not have the right effect; Long was the right casting choice.) And, after all, Harry Potter (Daniel Radcliffe) is morphing into the latest geek hero, with wizardry equivalent to Second Life.

On "Greek" it seems that Rusty outed himself in the last scene, in a conversation with a gay African American hockey player in the fraternity. So, gays in a fraternity. Interesting. (As a reader points out, it is Calvin (Paul James) who outs himself directly (to his dad, and to Rusty at the very end of the show). But it seemed that Rusty then suggested that he was gay himself. Time will tell. See comments. (Though in the Volcano episode he seemed to want a girl friend again.)

The Advocate has an article by Louis Virtel "Greek Goes Gay, with Suburbia Watching," July 19, 2007. Or "Gay TV Recap" here, note the comments.

Rusty is an appealing role model character; he more resembles "Nick" on "Days of our Lives" than Justin Taylor in "Queer as Folk."

The series ended on Sept. 10. Rusty becomes more hetero indeed as the series progresses, befriending a girl who writes an article about the Greek system on campus without mentioning any names, but "everyone knows" (the old "Touching Problem" discussed on my main blog July 27). Calvin appears in the last episode, and his self-outing figures into the story in a minor way.
Posted by Bill Boushka at 10:52 AM

Rusty didnt out himself, do you even watch the show?!?

his friend CALVIN outted himself, duh.

Calvin, the African American, did out himself in a conversation at the end of the show (in fact, the earlier part of the script had a scene where Calvin discusses being gay with his father and the fact that gays can't marry -- his father still wants him in the fraternity), but it sounded like when Rusty responded that he was affirming that he thought he was, too. I can't remember the exact words, will have to pick up the DVD and check it when available.

In an earlier episode when Rusty is supposed to be "deflowered" he is very modest (but this is ABC Family after all). In the Volcano episode it did not come up; Rusty help steal the trigger and apparently did not get caught.

Last night, ABC Family premiered “Greek” (directed by Patrick Sean Smith -- on imdb the quotes are part of the show title for any TV series; here the e's are supposed to be epsilons) with an SAT geek freshman Rusty Cartwright (played by the new Jacob Zachar) as trying to rush a fraternity and live up to his morals based on family loyalty.

This show surprised me in the best way possible. Not only is the show well written, story lines are realistic, funny, and enjoyable.Don't doubt this show, it is truly enjoyable to watch... and get hooked on ;) Catch it Download Greek here..

Greek is an American comedy-drama television series, which follows students of the fictional Cyprus-Rhodes University (CRU), located in Ohio, who participate in the school's Greek system.