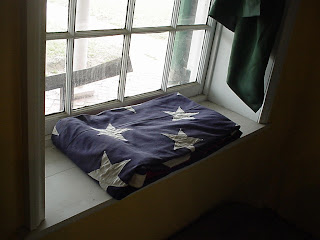 CNN Anderson Cooper 360 tonight (Thursday July 19 2007) had an extended segment called “God’s Country.” Tom Foreman narrated a story on the growing belief that the wall of separation between church and state, attributed to Thomas Jefferson, is an urban legend, and does not directly follow from the First Amendment. The Spiritual Heritage Tours in Washington DC given by Stephen McDowell were shown. Then an Ohio megachurch (World Harvest Church) pastor Ron Parsley was interviewed. He called the separation a “perversion of language and law.” Foreman claims that 51% of Americans want churches involved with politics. He said that for evangelicals, the economy and terrorism are the big issues; for moderate protestants, health care; for Catholics, the economy. David Mattingly present a gathering of Evangelical young people in a Nashville TN stadium, and less than 40% say they would vote Republican.

Earlier today NBC Today presented a story about a town of Ave Maria, FL, whose developers have tried to develop a covenant to exclude many kinds of businesses based on religious grounds.

Particularly with depictions of Evangelicals, I am struck by the emotion in their gatherings. I experience emotion with music, but in gatherings of people worshipping. It creates the appearance that their positions on issues may be driven by emotion and “belief” rather than intellect and analysis of responsibilities and rights the way an individualist sees these. This is particularly noteworthy in the “debate” on gay marriage. Faith and religion are generally understood to offer people a community (and “Grace”) that would shield them from responsibility for their own circumstances beyond a certain point of control. Even Rick Warren (“the Purpose-Driven Life”) has said, “it isn’t about you.” Indeed, leaving some matters to "Faith" keeps us from having to pin ourselves down to taking and answering to tough positions on some life-threatening questions.
Posted by Bill Boushka at 7:53 PM