Card counting in Vegas on Days of our Lives 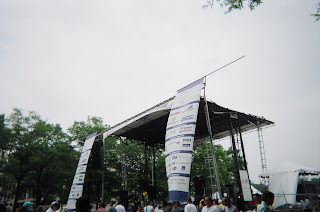 Today NBC-Corday “Days of our Lives” made an interesting ploy on a topic of controversy even within libertarians. Geek Nick Fallon (Blake Berris – aka Nick Carraway), dazed from a head wound when he took the blast from Stefano’s “honeypot” ntended for Sami, and on the hunt for Chelsea (to prove that he is a man), plays blackjack in Vegas. An older man, who may be intending to make a homosexual proposal (he keeps talking about a chest Sherwood forest) prods Nick on, and lets him use a glass eye, that seems to be a device to assist with card counting. It seems that this is all set up with other schemers. Nick wins $50000 and wants a Vegas elopement with Chelsea. Jeremy, in another segment, refers to Nick as a geeky loser with girls.

Card counting really is a skill, and is perfectly legal, although in Las Vegas casinos try to keep card counters out. In a meritocracy, shouldn’t the best competitor win? That’s libertarian, but them so are the casino operator’s property rights. Wiki discussion.

“Days of our Lives” is a bizarre soap opera, on the air for over 40 years, with MacDonald Carey’s soothing voice. It does leave the impression that central Ohio is the province of the Irish mafia. It is hard to explain its hook. Mrs. H said recently, “Sami’s troubles are just beginning.”

Blake Berris is pulling out all the stops in making Nick’s character as schizophrenic as possible. Is a major movie part coming? It’s easy to imagine that he could have played Matt (Justin Long) in “Live Free or Die Hard.” Shia La Beouf is called the next “Tom Hanks.” Gregory Smith (Everwood) sometimes seems like a young Ed Norton. Will Blake become the “geek everyman”?

This particular episode aired on a day where, on ABC's Regis and Kelly, Ms Ripa told of being an actress in another soap opera, and how it is hard work. "You get fired if you're late one day," she said, as actors are a dime a dozen. I wonder about that. Look at May 27 on this blog (see archives) for my own experiences working on the set of Somerset in the 1970s.
Posted by Bill Boushka at 4:36 PM