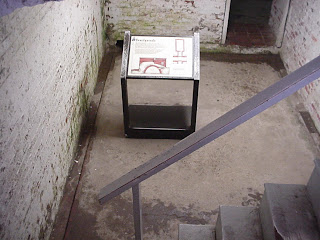 Today, Sunday, July 22, 2007. CBS “60 Minutes” and Morley Safer interviewed Rick Berman, aka “Dr. Evil”, the libertarian Washington lobbyist who opposes efforts by other pressure groups to cajole government into restricting our freedoms as consumers. They talked about the vigorous anti-smoking campaigns, anti-fast-foot (like the trans fats bans in some cities), and even MADD (Mother’s Against Drunk Driving). He could certainly add other causes, such as the difficulties of adult clubs displaced by the Washington Nationals’ stadium find with relocation. He is paid good money by various corporations. Link is here.

Now, it sounds like he has found “sponsors” to pay for what bloggers try to achieve on their own. Of course, the question is always, when somebody pays you to say something (even something good and “libertarian”) for their benefit in public, you have gone the road of Faust. Yet, you probably can’t be publicly visible, “neutral” and make a decent living forever.

Also tonight, CNN “America Votes 2008” featured a preview of the YouTube debate (the Countdown to the debate Monday at the Citadel in Charleston, SC) with the presidential candidates, and talked to six college students from Georgia. One independent student said he would go to Iraq if really needed and did not oppose reinstituting the draft if really needed. Another talked about religious people imposing their moral values on others.

The writeup of the debate even is on the movies blog (since it is generated by user generated home movies), here.
Posted by Bill Boushka at 8:00 PM