Live Earth: The Concerts for a Climate in Crisis 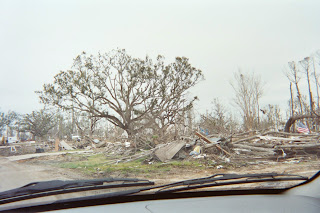 NBC Live Earth: The Concerts for a Climate in Crisis

Tonight (Saturday July 7, 2007 -- Gustav Mahler's birthday (1860)) NBC broadcast portions of seven concerts (spanning 22 hours) on seven continents around the world. The main event live was at Giants Stadium in East Rutherford, NJ (the Meadowlands) about ten miles from New York City. Ironically, the Meadowlands probably would be flooded eventually if global warming did not stop. Other events were held in London, Johannesburg, Sydney, Rio de Janeiro, Shanghai, and even Antarctica (in front of “Happy Feet” penguins). The main corporate sponsors were American Express (The Members Project), Apple, and General Motors.

Al Gore spoke several times in New Jersey. The usual suggestions of small changes, such as using compact fluorescent light bulbs (which I am finding local drug stores do not stock) and disconnecting cell phone chargers when not in use, were a start.

The New Jersey event started with Leonardo Di Caprio as the MC. Di Caprio has made a film called “The Eleventh Hour” following on behind Al Gore’s film last year “An Inconvenient Truth.”

This Live Earth event was the largest musical event in the history of the world.

Here is the NBC link: http://www.nbc.com/liveearth/