Oprah documents children who have to raise their younger siblings; Nightline on UFOs 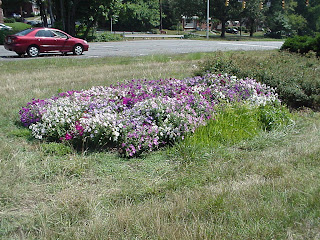 Today, (Friday, July 6, 2007) Oprah Winfrey gave us a particularly troubling topic: children raising other children. That was already presented on CNN last week as a problem in the New Orleans public school system as it tries to get back on its feet, blog link here. )

But today, the problem was pervasive and nationwide, about 1.4 million kids-as-parent. The circumstances that led to this were varied. In one case, a father lost his job and health insurance and the mother had cancer (a scenario that Michael Moore could present). In another, the parents had been murdered. More often, however, there had been parental “misconduct”, especially drug abuse.

Kids were forced to grow up and become “parents” to their younger siblings by age 13 or 14 or so. They lost their opportunity to have their own friends, and to pursue their own interests and talents (like music). In some cases they did poorly in school, but one kid wound up going to Clemson, another to Berkeley, and was trying to get her siblings into college.

It is striking that we don’t have much of a moral language to deal with involuntary responsibilities like this being forced on people. Yes, we talk about the issue of making babies and being unable to provide for them. We certainly can ask whether socialized programs (like Mike Moore points to as working in Canada and Europe) would help. The other issue is personal, how well we share family responsibility in a personal way, even when we don’t have our own children and don’t choose to. The kids in the Oprah show did not have an opportunity to ponder the social "unfairness" of their birth circumstances or of the behavior of others that led to this increased responsibility against their choice. One overriding principle seems to be a presumption of "loyalty to blood" as pointed out in a 2003 "Jake 2.0" episode. We have lost the ability to develop this into any kind of systematic moral thinking. I was an only child, had certain issues as a youngster, and spent much more energy looking after myself than others like me have been allowed to.

No NBC soaps were aired today -- how about that sensational come-from-behind upset of Andy Roddick by Richard Gasquet today at Wimbledon?

Tonight ABC Nightline did a short on the upcoming documentary "Out of the Blue" by James Fox. Link is here. The Drake Equation was mentioned, and credibility of UFOs among some in the scientific community was discussed. Brian Rooney reported. The film does not appear in IMDB yet.
Posted by Bill Boushka at 3:18 PM