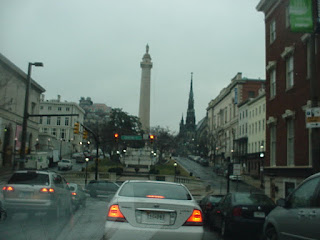 Oprah Winfrey, on Wednesday July 18, 2007, introduced the leading cast members of the remake of the musical film Hairspray (directed by Adam Shankman, PG), which is due for general release from New Line Cinema Friday July 20.

The musical deals with segregation in Baltimore in 1962 (when the prevailing culture of the time thought nothing of setting aside an “N Day” for a TV dance show). The casting director did a lot of auditions and picked an ice cream shop employee Nikki Blonsky to play Tracy Turnblad, who will do a lot, when she lands a spot, to change attitudes and mores in the days just before the Civil Rights March on Washington in 1963. But Mother is played by John Travolta in drag.

Now acting means you can convince the audience you’re almost anybody, and Travolta’s career certain supports that. Starting as the likeable disco dancer boy in Saturday Night Fever (1978), he could play a macho renegade Air Force pilot in Broken Arrow (1996 – “ain’t it cool?) But he turned to his metrosexual side when he waxed up for his role in ballet in Staying Alive (1985), but as Edna, he has made his most incredible transformation (with the help of prosthetics and – yes – depilatories) yet. This looks funnier than Robin Williams as Mrs. Doubtfire. On Oprah today Travolta, pretty well covered up, looked a bit aged and pudgy.