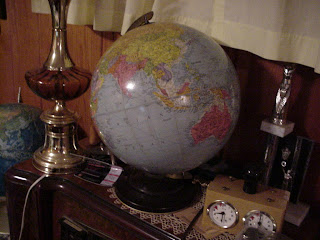 The “boys” William and Harry (not William and Mary) gave their Concert for Diana at Wembley Stadium, northwest of Central London (Wimbledon is SW) today, and NBC broadcast an hour of the highlights tonight (Sunday July 1 2007) at 8 PM EDT. The charity event made the boys into a kind of "final task" putting on a big event for Donald Trump and The Apprentice. The Donald should have shown up.

From the air, the stadium (with 66000 people) looked like the Quidditch stadium from Harry Potter, and inside the event seemed like a bash from one of the movies. Daniel Radcliffe was missing, but he should have been there. Numerous artists like Elton John from the disco scene filled out the time with splash and color, and the stadium was filled with audience, clapping and singing, even in the pits. Also absent were Justin Timberlake and Janet Jackson, so there could be no wardrobe malfunction. Yet, the concert seemed a bit like a glorious Super Bowl halftime.

The concert was, of course, a celebration of the Princess’s life – her charities, her causes, her music, and most of all of modernity. This was a young people’s party concert, with lots of splashes of red. The show closed with some 60s home movies of Di, including a perfect pre-school birthday party.

As for the boys – Harry really did look dressed for clubbing, particularly for the dirty dancing set, maybe for a cleaner-cut version of the movie “54.” Harry, who looks bulked up and buff even in business casual or even party street clothes, was particularly prepared to meet the demands of metrosexuality. For all of that, the event was definitely rated G.

Harry greeted his unit-mates in Iraq and told the crowd that he did want to go to Iraq and would serve there if allowed to by his commander (as a tank officer). This has raised the moral question about shared risk (as well as creating a mark) as noted before. William appeared to be slightly taller than Harry at the concert, but during the interviews it was the other way around. I am not sure which is taller. NBC's Matt Lauer did appear at the concert.

This is a celebration of the Union Jack, of Britannia, in the post-colonial modern age of The Kids – the games, the user-content, the digital media, the Second Life -- while the tempest rages outside from the religious disaffected, covered by CNN. No cancellations happened this weekend in London (which included gay pride), as the threats occurred right after Gordon Brown took over from Tony Blair, and that’s a good thing.

The pink countries on the globe were, by and large, once part of the British empire. I can recall flying from Minneapolis to Amsterdam Schipol, about 4400 great circle air miles, leaving at 3:30 PM CDT, and crossing Scotland around 4 AM (almost no night in May) and wishing I could have a room down there on the ground; only to arrive in Schipol at 6 AM.

NBC Access Hollywood today recalled John Travolta, and what happened to him when he was buffed for "Staying Alive" back in 1985. People noticed, but nobody talked about it then. Remember "Broken Arrow". Ain't it cool?
Posted by Bill Boushka at 7:21 PM