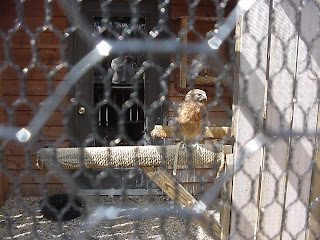 Tonight ABC 20-20 had a show "Myths, Lies, and Downright Stupidity" and it covered a few interesting myths (and maybe urban legends). The most interesting to me was that only children are spoiled. There are reports that this is the case in China with the one child per family policy and the "little emperors." But the experts debunked the myth. Some only kids were interviewed. Only children do seem to perform better on test scores. Moralists like to see them forced to share and compete like normal children.

Another myth was about cats landing on their feet. Well, they do, and a cat has survived a 42 story fall in New York. Because their bodies are like "universal joints" they relax and get into position as they fall. Dogs don't do as well.

Dogs can apparently detect cancer in humans by smell, and based on nursing home reports it is likely that cats can detect impending death too.

The Disney Channel aired the long awaited High School Musical 2 tonight, directed by Kenny Ortega (the "Man of the Week" on ABC World News Tonight today on Aug 17; ABC actually worried about conflict of interest in making the designation). The story was stronger, with a lot about moral values, when to focus on oneself and one's plans and when to focus on others and the group. Zac Efron (Cameron Bale on Summerland) is said to be one of America's wealthiest teens (soon to be 20 -- perhaps, like Shia La Beouf, he'll have a 21st birthday party on Jay Leno with grown-up things to do), in the company of Daniel Radcliffe and Rupert Grint in Britain. He was a good student in high school, and it seems that kids who perform publicly at anything (in music or drama) develop more rapidly. But I wondered why the film was shown full screen (4:3) and I still think the HSM films should have been theatrical releases from Walt Disney Pictures / Buena Vista in full anamorphic 2.35: 1. The colors and New Mexico scenery were spectacular.

Will Zac get to host Saturday Night Live (as did Shia)?

CBS 60 Minutes update on global warming with Scott Pelley; rebroadcast from April 1, 2007, updated Aug. 14. Patagonia and Antarctica were shown, with the depletion of penguins because krill disappear with the ice. Link here
. CNN has depicted the intensification of tropical storm Erin over land (Oklahoma) as unprecedented and evidence of global warming.
Posted by Bill Boushka at 7:59 PM