ABC Nightline on The 11th Hour and foreclosures 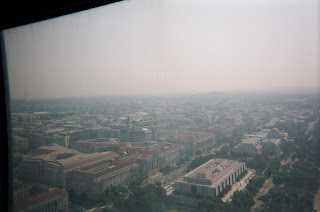 ABC Nightline tonight had a couple of sobering stories. One was about the “foreclosure” boom in southern California, with a foreclosure reverse-flipper showing a house that the departing owners had torn to shreds (in San Diego). There had occurred a severe real estate recession in Texas in the late 1980s, after dropping oil prices and overbuilding, and land flipping. Homeowners who walk sometimes get sued for deficiencies (this got to be big business in the early 90s), and this can even happen to original owners with unqualified subject-to assumptions. An important book on this is Wiedener, James. A Homeowner's Guide to Foreclosure. Dearborn, Dearborn Financial Press, 1992.

The second piece was a pre-announcement of Leonardo Di Caprio’s new film, “The 11th Hour,” directed by Nadia Connors and Lelia Conners Petersen, to be distributed by Warner Independent Pictures. Even in comparison to Gore’s film, the emphasis is on how the clock is running out. It opens in New York and LA on Aug. 17. DiCaprio had helped make “The Great Warming” which showed in a few theaters in 2006.

For something alarming (on a day that there was a breaking news story about this in New York City on ABC stations) go see imdb.com ‘s write up on “Right at your Door” due this fall from Lions Gate and Roadside Attractions. I saw the previews tonight at an AMC theater (when I saw "Interview") and the images reminded me of last season's "24" on Fox.
Posted by Bill Boushka at 9:03 PM