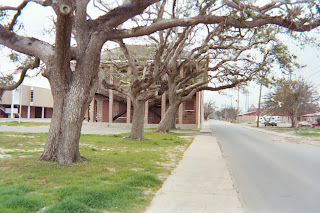 There was a lot of attention to the volunteer efforts in New Orleans by Americorps and Habitat for Humanity. Cooper interviewed a young man from Silver Spring, MD (about 1000 miles away) in charge of a group of Americorps volunteers with considerable esprit de corps. Habitat for Humanity has rebuilt only about 70 homes in New Orleans itself (128 more are under construction), although 49000 volunteers have worked. Habitat blames lack of attention to sewage, power and other infrastructure. CNN pushed Habitat International for its accounting, and much of the money went to other areas. Many residents will have to wait at least another year for homes to be built by HH.

There would always be a question about the commitment to rebuild areas below sea level, as noted in the previous entry. Could some homes be relocated above sea level, even in adjoining parishes or wards? Couldn’t manufactured housing be a much more efficient way to replace housing than volunteer labor? As noted, some volunteers have not been allowed inside flooded homes because of mold, but there would not be a problem with working on new houses.

The show also presented the issue of the City’s condemning homes without notifying residents properly.

Cooper replayed some of the horrifying footage of exactly two years ago (the levees started breaking or getting overtopped two years ago today), including rowing in the Ninth Ward, and showing the area today.

The loss of professionals, of hospitals, and extreme problems with violent crime were also presented.

There was also coverage of the destruction in Waveland, MS.

I visited New Orleans and the Bay Saint Louis, MS area in February 2006.
Posted by Bill Boushka at 8:28 PM

I've been a volunteer with HFH just outside NOLA for about 14 months. I did not see the Anderson Cooper story and am not in a position to verify or dispute the statistics, but I can tell what I know. Volunteers have come from all over the country, at their own expense, with widely varying levels of skill but all with huge hearts and a desire to help people affected by the hurricanes. The only LOCAL volunteers we get are those sent to perform community service. Our equipment trailers are broken into and tools are stolen on a regular basis, usually they are replaced by those same generous out of town volunteers. We've had every kind of material stolen from houses which have been broken into, including lumber, siding, appliances, cabinets, doors, you name it. It takes time and money to replace those things. We've had untested subcontractors do such poor work that it's had to be redone, sometimes by completely unskilled volunteers. Keeping them Honest? Is he serious? The job is definitely not done yet, but we worked every day through the summer in 100 degrees and 90 percent humidity. We are still here. We could use more help. How about it, Anderson? How about it, Bill? Want to come over and pick up a hammer for a week or so?

Thanks for the detailed comment. This is very interesting. Can I personally "practice" what I "preach"? That's getting to be a problem. It sounds like the idea of "national service" could be a lifetime intermittent commitment.

I sent the comment to Anderson Cooper at CNN. Let's see if he does a story later on the local v. out-of-town volunteers.

This is a great, detailed comment, about the specifics of a real issue. I like to get these.