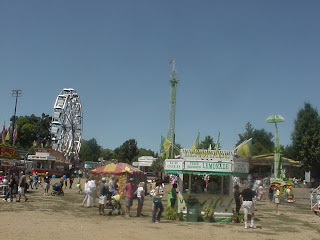 Tonight CNN had its prequel to Christiane Amanpour’s series “God’s Warriors” that airs Tues Wed Thurs Aug 21-23 two hours each night, 9 PM EDT. You could call the whole presentation “Is America that Bad?”

One hour earlier, Roland Martin had hosted a one hour preview “God, Sex & Greed” with several sets of brief interviews. Thomas Sykes, a hedge fund investor, reiterated the Michael Douglas line from the 1987 movie “Wall Street” that “greed is good.” But Sykes understand greed is something that drives someone to produce real wealth, not just manipulate the system to skim profits off the top.

Moderate “feminist” Muslim author Irshad Manji was there, as well as Rabbi Shmuley Boteash. The rabbi focused on the idea of religious morality as steering someone toward intimacy, vulnerability and emotional connection in marriage, leading to responsiveness to other people, first through the family and then the larger community. It’s that connectedness that the hyper-individualism of modern American society misses, he thinks.

The panelists on LKL agreed that the preoccupation with abortion and homosexuality of fundamentalism misses the entire point of faith. The need to give marriage a monopoly on sexuality seems to have psychological as well as religious roots, as a way of socializing as many people as possible into the family (and the religious structure) in order to “take care of everyone.” In certain communities, like the Mormon Church, this kind of operation “appears” to work. But what about freedom and pluralism?
Posted by Bill Boushka at 7:28 PM