Passions to DirectTV; tats on Days; ET on McLaughlin 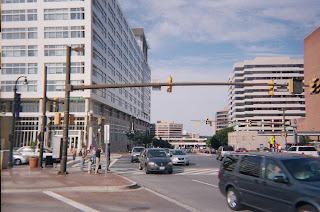 Well, the 300 year old witch Tabitha Lenox (Juliet Mills) has her sweet pea mute granddaughter Andorra (like the name of the country nestled in the Basque Pyrennes) bring Luis back to life from the lethal injection chamber, and righteous Ethan doesn’t understand how it can happen. So they try to execution all over again. Luis says he is innocent. Can someone be executed twice for the same offense?

Passions (with all its imaginary crossover links to Days), however, is apparently moving to Direct-TV only on Sept. 17, 2007. Link. This is the first time that I heard of where a major network show is no longer available except on satellite. I have not wanted to deal with The Dish (satellite) because of storms and apparent service problems. Maybe I’m wrong. In many apartments they aren’t allowed.

On Days, Nick Fallen aka Nick Carroway is On the Beach (in Ohio no less, according to the script, on some lake, not so far from major artery route 13 up through Mansfield – did anybody know that the Irish Mafia rules the “red” Buckeye State) with Chelsea and Blake Berris lets us see the ankle tats. At least they’re nothing like Dustin’s. (Go to soapoperafan.com, Days, and click on “About Dustin”). Having grown up in the 50s, I came to see body art as disfiguring. But all of it is a matter of taste. Some people see personal profiles on Myspace or blogs as disfiguring to “reputations.” Chelsea admits that she blew away the value of Nick’s education. (Is any girt worth that?) Predict that the ISA hires Nick to become a computer spy.

On Sunday, August 5, 2007. the McLaughlin Group interviewed Princeton’s astrophysics professor Christopher Chyba about the search for extraterrestrial life. It was a pretty level headed and objective discussion. They could have covered the Drake Equation, predicting the number of habitable civilizations in a galaxy. There is some talk that the Sun is a ring in the Milky Way more favorable for stable yellow main sequence stars. Here is the Wikipedia article. There is a picture of Gilese 581 c, which looks a bit like “Earth 2”, the sci-fi series in the early 1990s starring Antonio Sabato, in his pre-buff days.

I'm still waiting for an Imax movie about Titan.

On Aug 9, 2007 Logo network sponsored a Democratic presidential candidate debate ("Invisible Vote 08: A Presidential Forum"), link to blog on it here. Why is Logo not available on Comcast in DC? Thanks to WJLA Channel 7 (ABC) in Washington for advising viewers of this debate on the 5 PM local news.
Posted by Bill Boushka at 11:53 AM