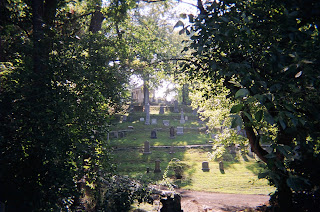 The show then presented (“The Numbers Game”) trader and mathematician Mike Byster, who now volunteers in public schools teaching middle school kids how to do arithmetic in their heads, without calculators, using number theory tricks. For example, 25 x 25 = 625: Concatenate (3 x 2) and (5 x 5). I guess I could prove this with the binomial theorem. Byster has been blacklisted from a few casinos for counting cards, something libertarians like.

Then the show (“Inside Out”) showed us high definition photography of the inside of the human body, a preview of “Inside the Living Body” to air on the National Geographic Channel Sept. 16. They showed a clip from the 1966 Sci-Fi film “Fantastic Voyage.”

But the most provocative report, “Brian Ross Investigates” was the first one, of the Dateline TCAP Peej sting in Murphy, Texas. The district attorney John Rauch has dropped charges against all defendants. He claims that NBC Dateline set up all the busts and controlled the police work, which was deliberately staged to look good as reality television. From a professional law enforcement point of view, the sting was an example of amateurism and even vigilante "work," not a concept that encourages public respect and confidence in the law. According to Roach, one of the biggest legal problems is that, once the suspect entered the sting house and were talking to Chris Hansen, they really were under de facto arrest without being read their Miranda Rights while Hansen continued to encourage them to incriminate themselves by quizzing them about the chat logs and personally judgmental questions like “Why are you here?” (Actually, Rabbi David Kaye, in the previous NBC Dateline Virginia sting, said, “you know I’m in trouble, I know I’m in trouble” and that point was used in Kaye’s federal trial – Kaye is now under a 78 month federal prison sentence; but then, in VA Kaye was not under de facto "arrest" with federal prosecution under USC 2422 still possible, an interesting legal conundrum, perhaps. Also, another "obvious question: has to be, what about all of the state-level TCAP prosecutions, pleas and convictions for stings in the other states, like CA, OH, GA, FL, NJ? There were no immediate state arrests in VA and NY, possibly because of procedural rules of because of Miranda concerns.) Roach also reminded Ross that under Texas law, the men did not have to come to the house to be charged with a crime (that’s not necessarily true in all states). The report covered the suicide of assistant DA Louis William Conradt when police broke into his home in Terrell, TX on a Sunday afternoon, again with Dateline provoking the shots. The family is suing NBC (the report asks, why not the police department). The police seemed to want its 15 Minutes of Fame. Brian Ross’s blog and blotter report is here.

This is the first case I know of where one major network (ABC, belonging to Disney) has investigated the work of a competitor (NBC, belonging now to Universal).

Brian Ross has a report about all this online on his ABC "Blotter" blog ("A Sting Gone Bad"), here.

NBC's response to this claim by the Texas DA is to be found on MSNBC here. With some bemusement, I recall how often Chris Hansen, in later episodes, asks the marks "Do you watch television?" A few marks did ask if they were under arrest, and Hansen said, not from him, they were free to go. But yes, that raises the Miranda question.

The New York Times has an op-ed by Andy Cohen about the Texas DA case, "What’s on TV Tonight? Humiliation to the Point of Suicide," link here.
Posted by Bill Boushka at 8:38 PM

Please check out this story and see if this is a story that may interest you for your show.