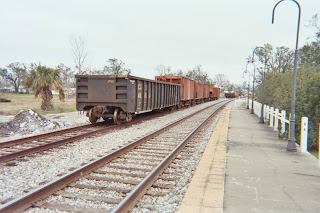 CNN Special Investigations Unit today presented a one hour documentary report, “Judgment in Jena”, a history and analysis of the racial controversy in the small north central Louisiana town of Jena in La Salle Parrish. Kyra Phillips narrated. The town is named after a city in Germany.

The problem started in 2005 when three white students hung nooses on a wide tree before the high school. The local district attorney, Reed Walters, spoke at a school assembly and said something like, “With the stroke of a pen I can end your life.” The white students received brief suspensions. (The principal wanted to expel them, but the school board, and the prodding of white parents, reduced the punishment to suspension and detention. Other acts of vandalism were handled lightly.) The town and high school were peaceful during the football season, but problems escalated, starting with a fire after Thanksgiving, and then six African Americans were accused of beating, nearly fatally, one white student. It is not clear that the first student charged was present at the beating, but he was convicted (and apparently he was the only defendant charged as an adult), and a complicated legal battle ensued. All six students were charged with attempted second degree murder. Each defendant’s family had to mortgage homes or raise other money for defense.

A United States attorney, Mr. Washington, from western Louisiana, himself African American, indicated that there was little or no connection between the noose incidents and the assault in December, and that from a legal point of view, there was plenty of justification for energetic prosecution of the assault (assuming enough actual evidence against each defendant; some of the kids' testimony reported in the show sounded like it could lack credibility).

Emotions have run high, as Jesse Jackson and Al Sharpton spoke at the town, and on Thursday Sept. 21, 2007 there was a large demonstration in Jena, which some people believe reminds them of Selma. People came from all over the country. The CNN story is here. There is a point in the show where the La Salle Parrish sheriff says that the ability of people to incite things and spread rumors on the Internet with no accountability (often anonymously) is contributing to tensions in Jena. There are disturbing reports in the major media outlets (mentioned in the show also) and from the FBI of white supremacist websites targeting the defendants (this sort of security problem with the web has been addressed before) (AP story about FBI probe by Becky Bohrer here), and of another arrest in Alexandria, LA for another noose incident.

Website for American Lynching film project. I was present at one filming session in June 2005 in the Capitol in Washington, on a day that the Senate passed a non-binding resolution apologizing for not doing more about lynching from the Civil War to the 1960s.

Update: On Friday September 28, 2007, Dr. Phil had a segment on Jena, and it continues Monday October 1. Dr. Phil kept the show objective and the guests in line, who were quite emotional from both sides.

Update: On Saturday Oct. 6 CNN presented an interview with University of Maryland law professor Sherrilyn Ifill, author of "On the CourtHouse Lawn: Confronting the Legacy of Lynching in the Twenty-First Century," published by Beacon (available in hardcover and paperback). She said that the EEIC has over 50000 racial complaints, and that nooses have been left on chairs in workplaces on 20 occasions. Rich Sanchez also gave a brief report on the noose as a "Symbol of Hate," and showed items from the Allen Littlefield collection. The team "lynching" originally came from the name of a person. CNN also presented Elijah Cummings, and mentioned a museum in Tallahassee, FL that had a conspicuous noose to make a point, and many people found it offensive even though it was intended to make a political point. Use of them for teaching purposes has also created issues on some campuses.

Tonight CNN presented a related one-hour report by Kyra Phillips: The Noose: An American Nightmare. The show presents several examples where the noose has been used to make threats (including one in Minnesota, and another at a company in Conroe, Texas, resulting in litigation) and gives more examples of nooses and lynchings from the early part of this century. The show discussed hate crimes laws, and the fact that New York State does not yet include the noose in its hate symbols, although it does include the swastika. Kyra then interviews one white supremacist, who, the program says, is very cagey about how he stays within what is protected by the First Amendment (spilling over into incitement), especially on the Internet. The CNN link is here.
Posted by Bill Boushka at 8:24 PM