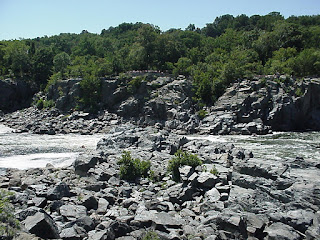 What makes this report interesting is that Cox had authored a blueprint for his crimes in a novel called “The Associates.” I don’t find this on Amazon, so apparently it may not have been published or even self-published, although it seems like a number of individuals (including the police, FBI and Secret Service) read it. As with the Cho Va Tech case, it seems like a future crime spree could be predicted by the contents of a “fictitious” document that the suspect had authored. This sort of thing has been reported more in the media recently and seems to raise disturbing new questions in the free speech area.

The series of girl friends and scams was intricate. The story shows how many loopholes there are in the mortgage and title insurance business, a fact that certainly contributes to the current mortgage industry “crisis” as well as crises in the past (such as the Texas Savings and Loan meltdown in the late 1980s).

In the novel, the protagonist finally escapes to a life of leisure. Not so. After as series of twists, including becoming the victim himself of burglarly (bad karma), Cox is apprehended. The program ends with an interview in the prison orange jumpers. His rationalization is that no “individual” was hurt, just title companies. Not so.

The second segment (“Rescue on Top of the World”) was the harrowing story of Australian mountain climber Lincoln Hall, thought to be dead by serpas for 12 hours before being found in -20 F temperatures in May 2006, at 28000 feet. Two climbers passed and would not stop to help. However Masur’s team did give up the chance to reach the summit in order to save him (he had been paid $20000 a piece to guide to other climbers). The program ends with Matt Lauer interviewing Lincoln. His wife had thought he had died, and the son found out about his survival on the Internet.

Sidebar: On Thurs. Aug 30, on Regis & Kelly on ABC, Regis Philbin and David Letterman showed off their battle scars from involuntarily joining the "zipper club" -- at least their ladylike gams. (Remember Ronald Reagan in "John Loves Mary"?) No one was impressed.
Posted by Bill Boushka at 5:56 PM