Oprah Winfrey invites Michael Moore back for "Sick in America" 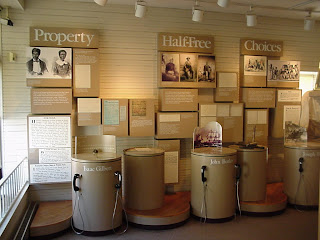 Oprah Winfrey today (Thursday September 27, 2007, 4 PM, EDT on ABC) brought back Michael Moore (“Sicko”) for an episode called “Sick in America.” The link is here. The visitor is encouraged to look at individual panels for each guest today.

Her pitch was, should the kids of a gas station attendant get the same health care as the kids of an investment banker?

Michael Moore made his usual collectivist argument (“we” instead of “me”) and there is indeed a Biblical argument about Kingdom Economics. This time, Oprah brought some other guests: Dr. Uwe Reinhardt, a health care economist from Princeton; health care lobbyist Karen Ignagni, president of America’s Health Insurance Plans, and Linda Peeno, former medical director for a large HMO, who appeared in Moore’s film testifying in 1996 that health care claims examiners make money by denying claims. Ignagni claimed that health insurance companies pay five billion claims a year (sounds high), but about 3% are denied and some of the “pays” may include partial denials. Several horror stories were presented of persons who could not get treatments (like bone marrow transplants) because they were not covered and were considered experimental. Ignangni claims that now insurance companies will cover these cases if they are treated at “centers of excellence.” The waiting list issue was discussed, and Moore claimed that they are longer in Canada and Europe because the system doesn’t throw poor people (or otherwise uninsured) out of the line.

Somewhere, the calculation that universal coverage would cost about what America spends in nine months in Iraq was mentioned.

I covered Moore on the Oprah show on this blog previously on June 5. My blog review of Sicko is here.

On Sept. 14 I reviewed John Stossel's "Sick in America: Whose Body Is it, Anyway?" on this blog.

Update: On Friday, Sept. 28, Oprah presented a program "Born in the Wrong Body" on transgendered people, including one girl becoming a man (she had a mastectomy at 16), with a younger brother in the family. Later the show presented a sexual reassignment surgeon who had been married eleven years as a man and had three children, and then had the change herself, remaining legally married (that seems possible in transgender situations like this, as most states would regard them as legally of biologically opposite gender still). Link.

Oprah had a followup show on Oct. 12, 2007, on families with one transgendered parent (often resulting in a "same sex couple") here.
Posted by Bill Boushka at 3:30 PM