CNBC: The Age of Wal-Mart 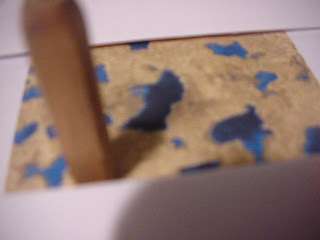 On Sunday, Oct. 14, 2007 CNBC presented a two-hour documentary “The Age of Wal-Mart” and presented a reasonably balanced picture of the retailing behemoth. As for what happens to home-grown small retailers when Wal-Mart comes to town, well, it’s a bit like Bambi meets Godzilla (there really was a short called that). The movie “Store Wars” back in 2000 examined this problem in Ashland, VA.

The movie interviews CEO Lee Scott and shows originator Sam Walton. The company started in 1962 as a kind of dime store, trying to bring lower prices of Sears and K-Mart to small towns, being headquartered in Bentonville, AK. In time, by emphasizing super-efficiency, they out-competed the older retailers. Now the company has 1.5 million employees.

The program shows Wal-Mart as being a rah-rah place to work (Barbara Ehrenreich had found that out in a trial as an employee while “paying her dues” when writing “Nickel and Dimed”). Managers, when traveling, are expected to share hotel rooms. I’ve heard about this practice before in other companies (the DuMuth v. Miller case back in the early 1990s mentioned that, where an accountant was fired from a small company for being gay). Now, when I travel for a company, I want my privacy when I sleep, and that wouldn’t fly. The CEO’s office, however, was not palatial.

Managers spend a lot of time on the road, visiting stores in districts and managing a complicated business. Manufacturers have to appease Wal-Mart to stay in business, as with the PillowTex case. The mechanized procedure for meeting Wal-Mart’s buyers was shown. The film also showed the robotics and logistics in the mammoth distribution centers, that seemed to come out of science fiction. The information systems and data center operations, that seem to be heavily IBM mainframe oriented and that process a fantastic volume of point-of-sale transactions, was shown/

In a company so large, there are bound to be controversies, with wages, with attempts to make employees (called “associates” – and early in the history the company offered them stock) pay for some health care (the company has improved prescription drugs recently). There have been disturbing (to say the least) reports of abuses, such as associates being locked in a store, being illegally forced to work off the clock, and allegations that cleaning contractors have hired illegal aliens. There was a segment showing Wal-Mart in China.

Picture: Will there be a Wal-Mart on Titan?
Posted by Bill Boushka at 8:15 PM