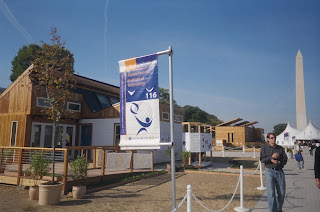 The intense television coverage of the California wildfires started (or at least caught my attention) Sunday afternoon (Oct. 21) on the East Coast. I know at least one person in Malibu Beach and assume he is OK, but I was shocked to learn that the immense Castle Kashan had burned to the ground. By Monday (since I am “retired” and work from home a lot on a number of things, I can follow this) reports were constant of up to fifteen wildfires, with some of the largest fires northeast of San Diego, over a hundred miles from Malibu. Anderson Cooper's film "Planet in Peril" was punctuated with breaking news reports on the fires Tuesday and Wednesday nights, and they almost seemed to be part of the film. (CNN changed its corporate color to green this week.)

I recall seeing some enormous fire damage on a visit to the LA area in December 1978, riding through it with a friend. In February 2002, when I was in the area again on the way back “north” to Santa Barbara to talk to a college professor about “don’t ask don’t tell,” I recall hearing about two or three major fires in the area. I have never lived in California (not yet, but the day might be coming) but it seems that fires happen almost every autumn, and the hottest months of the year seem to be September and October, not July.

The CNN, ABC, and NBC reports seem to make it look like most of the destroyed homes were on ridges or in the back country (well away from the cities and larger suburbs), well surrounded by brush. Many of them seem to be new, extremely pricey developments with homes over $1 million. One man was asked why he lives with the “risk” and he said, he can’t take a concrete jungle, that he would take bears and mountain lions any day. (Mountain lions will actually come into open homes, almost like domestic cats.) Current media reports indicate that about 1600 homes are destroyed. In comparison, Hurricane Katrina displaced much poorer people and apparently made many more people permanently homeless.

Visitors may remember that there was an enormous residential fire in Oakland, CA in 1991. Stanford has a typical website about it here. Huge wildfires in mountain states started to increase in 1988 in Yellowstone.

The Cooper film (below) and other news stories pointed out that underbrush grows in wetter periods, and the chemistry of the desert plants is particularly flamable, easily ignited by dry lightning, fallen power lines, or, worse, cigarette butts or matches, even failing mufflers or PCV's on cars.

Most of my life I’ve lived in relatively “safe” places: Washington, New York, Dallas, Minneapolis. Now these places are not as “safe” as I had thought, of course, because of a number of possible perils. All of this raises new questions about property insurance and the ability of insurers to actuarially quantify risk. I could very well be living in California some day for the Big One.

The North County Times (referring to Riverside and San Bernadino) talks about home fireproofing. There is an article dated Sept. 29, 2007, “Fireproof neighborhoods shrink wildfires” and the author of a University of Colorado study says, “we need to protect the fires from houses.” Link is here. It would seem that new developments must be very aggressive in building fire-retardant homes and clearing nearby vegetation, and from the pictures on television, it does not seem that this was done all the time. Visitors should comment on this.

The Michael Crichton novel and film “The Andromeda Strain” had called the government investigatory project (which did weird things to the researchers) “Project Wildfire.”

Weather.com has an informative piece on "fire tornadoes" (by Dr. Greg Forbes) as products of the Santa Ana winds, here.

On Sunday, Oct. 28, The Washington Post Outlook section had a sobering op-ed by Janet Fitch, "In the Line of Fire: Where We Don't Belong," here.
Posted by Bill Boushka at 8:29 PM