Dems have another debate (MSNBC) at Drexel in Philadelphia 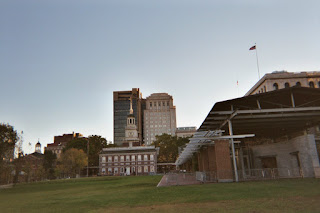 Tonight, the Democratic 2008 presidential candidates had another face-off at Drexel University in Philadelphia. This was one year to the date of my own trip to Philadelphia to watch the COPA trial. The debate was carried on MSNBC from 9-11 PM EDT and hosted by Brian Williams and Tim Russert.

The candidates played with semantics on the Iraq issue, some of them accusing Hillary Clinton of saber rattling on Iran. Nevertheless, Clinton insisted that she would focus on diplomacy, not military threats, in dealing with new concerns about Iran. Hillary said that the president was playing the WMD card with Iran with the same lack of integrity that had been used in 2003 with Iraq. She also referred to how the Supreme Court “gave” Bush the 2000 “chad” election.

Senator Joseph Biden pointed out that the possession by Pakistan of actual nukes is a much more serious issue (since Pakistan is unstable) than the possibility that Iran might build a nuclear weapon some day. Biden also called Republican candidate Rudy Guliani as "underqualified" for he President, and Bill Richardson claimed that he was the only candidate with experience in making a profit at a business and with international diplomacy.

The candidates supported increasing support for math and science education and making it easier to attract math and science teachers from other fields, possibly by dispensing with NCLB (Bill Richardson) and letting some teachers focus on teaching content rather than playing school system politics. But the candidates also agreed that there was a need for a longer school year, and for school to start earlier, meaning that there would be a greater need for teachers who could deal with pre-school and with the social problems of teaching in inner city schools.

Senator Dodd supported total public funding of campaigns, strengthening McCain-Feingold. He did not elaborate on how this would affect blogging and the informal unorganized support that some candidates get today.

There was brief mention of the need to protect kids on the Internet.
Posted by Bill Boushka at 8:17 PM