PBS Nature: The Andes: The Dragon's Back 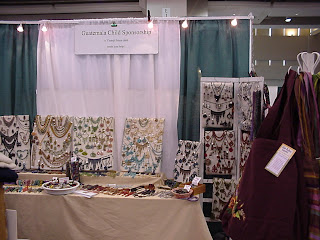 This one hour documentary about the Andes in South America (shaped like a "dragon") focuses on the geology and biology of the region, but it is spectacular and would make a good subject for an IMAX 3-D film! It starts in Patagonia, which is about the same latitude as southern Europe (reflected over the equator) but colder because of an 8000 sq ft ice glacier in the southern Andes. That one point, though not harped on, makes the film important in the global warming debate: If that glacier were to melt rapidly (like Greenland) a tipping point in planetary warming could be triggered. (Of course, the other big factor is the Antarctic ice cap itself).

The Andes are still growing as a mountain range; a few volcanic regions added several hundred feet in recent years. This may be the only large mountain range in the world still increasing in elevation. This could mean even more disastrous earthquakes, and coastal landslides and tsunamis.

The film moves north to cover deserts where it has never rained in recorded history, and then reaches the Altiplano, with some salt plains and poisonous lakes with chemicals from volcanic magma. It touches lightly on the Titicaca region, and covers Inca civilization only very lightly. (On 200 Spaniards conquered the Incas.) In some areas of the equatorial altiplano (say over 14000 feet), the weather goes through all four seasons every day (rather like Clive Barker's The Thief of Always), ranging from 5 F to 85 F each day, with animals having bizarre adaptations for survival. (Some of the bizarre artifacts around Titicaca might be explained as native adaptations in agriculture to protect crops from nightly frosts; at over 13000 feet, snow can fall at the equator.)

The movie showed many unusual animals, including varieties of penguins, flamingos that ballet-dance, condors, cats, birds, foxes.
Posted by Bill Boushka at 7:48 PM