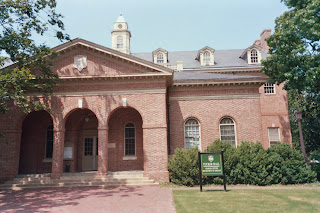 Last night (Wed. Nov. 7) ABC "Nightline" presented and interviewed American Idol host Ryan Seacrest, and showed him working at his call-in radio program where he says his job is to "invent pop culture." That really means, continuously reinvent the culture. No one works harder that does the 32-year-old Georgianm who also used the stage name John Renold Aufenstein.

The story by Julia Hoppock is "Ryan Seacrest's Entertainment Empire: The Media Mogul on Simon Cowell, His Own Idols and Producing Pop Culture," here.

Seacrest is sometimes the butt of deprecating jokes, as on Regis and Kelly, where he once recounted how he got in trouble with the TSA when he went out of bounds to fetch some personal items at an airport. He says he doesn't mind the rumors and intrusive personal media questions, but says he is simply a straight white male.
Posted by Bill Boushka at 4:50 AM