Democrats debate it out in Las Vegas 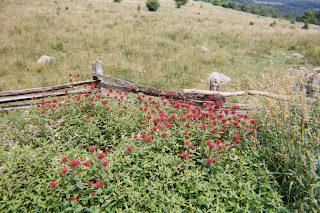 Near the end, Hillary mentioned a 95-year-old constituent who was born when women could not vote (not sure that is correct), and wanted to live to see a female president.

Hillary Clinton seemed to change her strategy a bit, not always on the high plane; instead she got into scraps with other candidates, especially Obama on health care and social security. She believes that Obama's plan to eliminate the wage limit to which FICA tax applies to be excessive; Obama says it would balance the trust fund, and affect only the 6% of Americans earning over $97000. That would essentially make the portion of 97000 a real "tax." Hilary denies that her program for health care is mandatory coverage; she talks about making it choice (with tax credits) and affordable, but so does Obama.

Most of the candidates (except for Richardson and Kucinich) opposed giving drivers licenses to illegal aliens.

On education, generally the candidates want to measure teacher performance not just on test scores as in NCLB, but on the performance relative to the income levels of the kids that they teach, so that working more "intimately" in inner-city schools is encouraged. Richardson wants a carrot-type national service program with two years college tuition paid for by one year of national service.

There were questions about Yucca Mountain (the nuclear waste depot). There was discussion of renewable energy and Richardson said that Americans would have to learn to make personal sacrifice.

There was some discussion of NAFTA and GATT, and Kucincich gave the usual "socialist" response about international workers agreements. There was discussion of safety of products made in China.

Blitzer at one point asked if personal liberties could be more important than national security, and Bill Richardson said, most emphatically, yes.

The last fifty minutes of the program comprised questions from undecided voters in the audience, and many of the questions were about how to get out of Iraq.
Posted by Bill Boushka at 7:21 PM