"Angels in America" is still the best LGBT miniseries so far 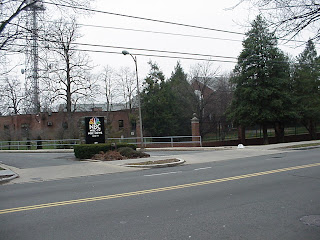 The HBO miniseries “Angels in America” (2003, directed by Mike Nichols) is a series of what had been six one hour programs, grouped into two parts of three hours each. This series is based on the famous play by Tony Kushner that traces the lives of several characters as the AIDS epidemic unfolds during the 1980s. One of the characters is Reagan-era "conservative" Roy Cohn (connected to J. Edgar Hoover in some quarters), played by Al Pacino, who becomes the master of double-talk and denial, as his road downhill is riveting. Another is his Mormon assistant and attorney Joe Pitt, played by Patrick Wilson, who has to come to terms with his own identity. Toward the end, there is an important personal confrontation that covers some of the legal ground of the military ban in the gays before DADT. The same fight covers the ethical problems if ghost-writing for a living, as opposed (in the future) to telling the truth from one's soap-box regardless of a paying audience or accountabilities. The conclusion poses questions about "heaven" and earthly life. The two parts are called “The Millennium Approaches” and “Perestroika.” The film gains by a schmaltzy music score, as well as dream sequences with angels. It also demonstrates how a long, segmented story can be adapted to television as a miniseries (screenplay) of limited length. It would not have lent itself to multiple seasons.

The film is much more dramatic than the earlier HBO television film “And the Band Played On” (1993) based on the famous book by Randy Shilts, directed by Roger Spottiswoode, with Matthew Moldine as CDC’s Dr. Don Francis.

The Kushner miniseries is now marketed on two DVD’s as a film I and II, like a typical franchise. PBS has also shown a 75 minute film dir. Freida Lee Mock, “Wrestling With Angels: Playwright Tony Kushner” which had a platform theatrical release from Balcony Films.

There are at least two "major" one hour films on the subject: Christopher Reeves ‘s “In the Gloaming” (1997) on HBO, and John Erman ‘s “An Early Frost" (1985) on NBC, the latter of which appeared in the early days of the epidemic when the identity of the HIV virus had only recently been known.

Against all of this, Here! 's spoofy soap opera “Dante’s Cove” seems frivolous indeed, although idea of basing a supernatural story on a forbidden love back in the 1840s is interesting (if tried before). It seems like a gay version of “Passions” (on Direct TV now) or even “Port Charles” (discontinued).

It’s too bad, though, that NBC didn’t give it’s series “The Book of Daniel” (2006) about a liberal Episcopal priest with a gay son a longer airing (some local affiliates of NBC refused to air it over religious objections), as some genuine comic tension was building up in the series.

I am told (see the Comment) that most of the materials discussed here are available on Logo (cable). Dante's Cove is available on Here! (not Logo, as I had originally said). I do not get either Logo or Here! on Comcast here in DC; I don't know what the holdup is on Logo. I believe Logo is on Verizon and Direct-TV. If others know more about the availability of these on cable channels, I would appreciate the comments. Many titles, at least shorter films, are viewable at Logoonline; I don't know about these but some are likely to appear. 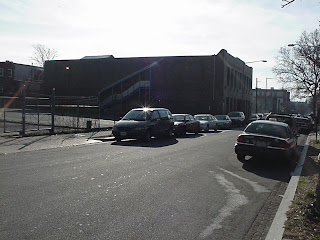 I see that Logo is now available on Comcast in the DC area. In Arlington, it appears to be Ch 163. It doesn't connect, so apparently my package doesn't include it unless I pay for it.
Posted by Bill Boushka at 1:09 PM

actually Angels In America, And The Band Played On, In The Gloaming, and An Early Frost are all being shown in repeats on Logo.

Dante's Cove isn't on Logo it's on another channel called 'here!'.