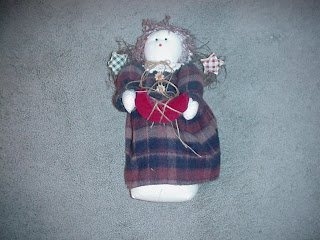 On Sunday Dec. 2, 2007 CNN Special Investigations Unit presented Christiane Amanpour’s report “Czar Putin” about politics in Russia, especially in the wake of Sunday’s vote. Putin’s term as president ends in 2008, so a seat in parliament and a successful outcome with his United Russia Party would effectively let him continue to wield power as prime minister, and there are other combinations. The CNN report on Sunday’s election is here. “Putin: Vote Victory is a Mandate”

But the film was largely concerned with Putin’s crackdown on dissent and disagreement, and with the apparent murder of over 200 journalists, as well as the polonium murder of former KGB agent Alexander Litvenenko in 2006 in Britain. Former World chess champion Garry Kasparov has led opposition for open government and democratic reforms and is interviewed in the film. Recently Kasparov was jailed for leading a protest.

Members of a group called “Young Russians” were interviewed (spokesman Maxim), and seemed to be loyal nationalists. Even back in the 1990s, after the fall of Communism, the possibility of Russian nationalism was seen as dangerous. Many Russians sank into poverty under Yeltsin as many of the safety nets under Communism were shorn, under Putin many average Russians (as well as the upper classes) have been economically better off because of oil revenue. In fact, the Young Russians (who depicted Kasparov in drag – Putin’s appearance in a bathing suit photo is not very flattering) talk about Kasparov as an “American” who panders to American lifestyles and desire for oil (a complaint from the Arab world).

I discussed Kasparov’s book “How Life Imitates Chess” in the books blog here.

The film did show a lot of the glitz of modern Moscow, as it replaces the sameness of the old working class ringed city (outside of the spectacular Kremlin).

I have some coverage of the broadcast of the Sean Taylor funeral today on another blog, here.

Note: Today (Dec 4) I made some updates on the WGA strike progress on the Nov. 4 entry on this blog (see archives).
Posted by Bill Boushka at 8:09 AM