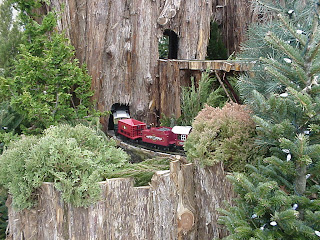 Tonight, Christmas Eve, Dec. 24, CNN Presents showed a report by Sanjay Gupta, “Impact your World: Rescuing Youssif.” This one-hour documentary tells the story of a four year old boy who was deliberately burned by four masked men outside his family’s home in Baghdad. Volunteer donations and CNN arranged his temporary visa and travel to Los Angeles, and treatment at the Grossman Burn Center at Sherman Oaks Hospital for his facial injuries. Youssif did not understand why only he was disfigured. The program documented the steps of his treatment, of up to six plastic surgeries. The first couple of them involved the insertion of tissue expanders underneath old scar tissue to prepare for permanent grafts. The temporary appearance was quite difficult to watch.

The program also examined the values of society in Iraq in which such violent crimes are committed. In some segments of religious society (in both Sunni and Shiite communities) tribal honor, as a “moral” concept is so strong that attacks against innocent family members are accepted as a way to enforce it. There is a belief in communal honor that is alien to western ideas of individual accountability for one’s own acts and the rule of law, although most responsible Muslim scholars will say that such anarchistic notions are not supported by the Koran at all. It tends to break down into a world where people act out with violence when they feel they have been wronged and nothing will be done. The same behavior occurs in inner cities and with gangs in the United States, with no religious excuses.

At the end of treatment, Youssif's family will have to consider whether to go back to Baghdad, and face the practical difficulties of getting along with others in his community. The last names and identifies of the parents were not disclosed in the show (and their pictures were blurred) in order to protect other relatives from reprisals, especially if the family returns to Baghdad. A similar problem exists with the young actors in the film "The Kite Runner."

(For the "Chasing Life" report that followed immediately, please see this blog for April 23, 2007.)
Posted by Bill Boushka at 8:57 PM