CNN: "Where Have All the Parents Gone?" AIDS in Kenya 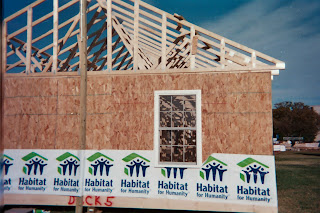 On Sunday Dec. 2 Christiane Amanpour reported on AIDS in Kenya with the CNN Special Investigations Unit report “Where Have All the Parents Gone?” She traced the lives of some children orphaned by AIDS in Kenya. Only ten percent of pregnant women in Africa have access to anti-retroviral drugs to prevent transmission of HIV to their children; in the West, use of these drugs is 99% successful in preventing transmission.

The film showed a girl Beatrice collecting plastic rubble for recycle income to help support her siblings. The film depicted the squalor of the living conditions there well.

A related story by Karen Allen appears in BBC News “Kenya struggles to combat HIV: Sub-Saharan Africa continues to bear the brunt of the Aids pandemic but Kenya stands out as one country that appears to be turning the tide,” from May 31, 2006. The link is here.

The Bill & Melinda Gates Foundation can be accessed here. http://www.gatesfoundation.org/default.htm
Posted by Bill Boushka at 7:33 AM