The Dr. Phil "House of Judgment" 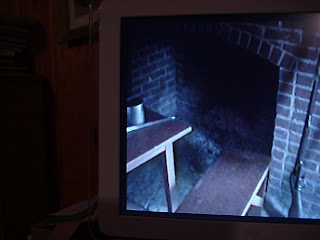 The Dr. Phil Show today, Monday Dec. 17, “House of Judgment,” put a few men and women in the Dr. Phil House, when these individuals professed various negative social attitudes about others. One woman judged others according the religious standards, another according to social ideas, another was racist. One man professed to be a male chauvinist, another to have a “get them before they get me” attitude. It was not that clear what incidents or situations led them to be on the show. The link is here.

Besides some group therapy sessions, the participants were asked to volunteer at the Los Angeles Mission, cooking and serving food. The participants varied in their enthusiasm for this “pay your dues” activity.

One of the men made the point that he had been excluded socially as a youngster and did not become violent. However Dr. Phil made the point that if someone took the trouble to reach out to socially ostracized kids, some tragic incidents (at schools, malls, etc) might be prevented. This show, compared to most of his other shows, very much conveyed the “I am my brother’s keeper” point of view about moral issues.

Last week I sent the Dr. Phil show and email, somewhat (if tangentially) related to the show today, that includes this text:

"I wonder if the Dr. Phil show is interested in the issue of eldercare, particularly when it is performed by adult children who did not have their own families.

"There are subtle ethical and emotional questions that come up, and the media generally doesn’t deal with these. One is that the single or childless or particularly GLBT caregiver’s “rights” may not be respected by others, and he or she may be viewed as a “family slave.”

"Many people don’t realize that 28 states have filial responsibility laws, which can force adult children to pay for custodial care for parents. These laws have been rarely enforced, but they may be in the future as demographics force the issue. Just like “deadbeat dads” you could have “deadbeat adult children.” Beyond the considerable financial issues, there are emotional ones. Some adult children, especially GLBT may seem aloof to the “soap opera-like” emotional climate that blood relatives used to older more communal cultures of “public morality” and “family values” expect. Family responsibility exists even without having children.

"This sort of problem seems upside down from the cases (deserving of “Man Camp” or the “Dr. Phil House”) you usually present on the show. It doesn’t fit any of the situations you list as future topics. Maybe you could phrase it as a new topic: “How much freedom should single people expect when there are major health or eldercare problems elsewhere in the family?”

NBC reports that Jay Leno and Conan O'Brien late night shows will be back on the air without a formal agreement from WGA starting Jan. 2. There are details about the strike on the Nov 14 posting on this blog.
Posted by Bill Boushka at 2:19 PM