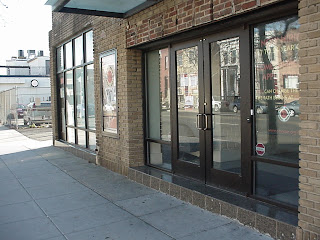 I usually don’t cover the same show with two successive entries, but Dr. Phil covered a critical topic today, Dec. 19, 2007: autism. The formal title of the show was: "Parents' Ultimate Test: Dealing with Autism." The show link is this. phil.com/shows/show/974/ . I covered this topic before, most recently on stories connecting autism to Wi-Fi, here. Also, earlier on this blog. (1, 2).

Dr. Phil started the show by covering a mixed-marriage family where the boy is extremely aggressive and hard to control. Later in the show he gave all the typical symptoms, and one of the most important is regression in the ability to communicate. One point that is very important is that this can happen to any family when having kids. The family in question had two other children. The mother had told the older child that taking care of the autistic brother could be his responsibility some day, and then said on the show that this is a terrible thing for a mother to have to say to a healthy child and impose on the child, involuntarily.

There was some discussion with experts as to whether vaccines (or other environmental toxins) could cause autism. There was no specific mention of Wi-Fi on this show. One point is that the symptoms of autism sometimes appear suddenly, and seem to have occurred shortly after vaccinations in some cases. However, many medical authorities dispute that vaccinations are likely to be involved. The CDC’s link is this. Could some sort of auto-immune reaction happen (like what causes juvenile diabetes?) If so, why more often in boys? The vaccine issue is important for public health, as school districts usually require that kids have certain vaccines.

The show did not specifically mention Asperger Syndrome, which is seen as a milder pervasive developmental disorder related to autism (the "little professor" syndrome).

The last section of the show dealt with a parental lawsuit against an elementary school teacher in Las Vegas for misconduct with autistic students, who are not able to report what happened verbally. The teacher is also under investigation for prosecution. The point was made that special education certification does not mean that the teacher has the training to deal specifically with autism. School districts, in many states, throw substitutes at autistic and retarded (not the same thing) kids in situations where the subs have no idea what to do and that they will even be expected to work with them. I was put in that situation as a sub more than once. Who is going to do this kind of work?

Larry King Live had a program on autism tonight. The links are the index, and transcripts. One of the most important guests was Jason McElwain ("J-Mac") who became famous for consecutive shots at a high school basketball game. A physician on the show claims that autism has gone from 1:6000 in 1988 to 1:1000 in 1997 to 1:150 now, and believes that the bundling of vaccines could be related, despite other findings of genetic causes and denials by authorities that vaccines are involved. He says "there is no such thing as a genetic epidemic.

There is an AP story by Mike Stobbe, "Parents speak out on vaccine settlement," where the government acknowledged that use of a mercury compound in a vaccine preservative could have caused the autism of a female with an unusual mitochondria disorder. The link is here.
Posted by Bill Boushka at 4:13 PM