Letterman's company and WGA will sign A Separate Peace; will rest of "Hollywood" settle now? 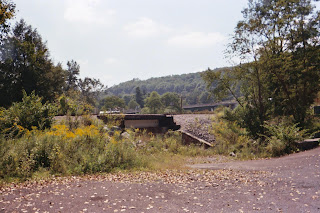 Media sources report today that David Letterman’s (and Craig Ferguson ‘s) production company Worldwide Pants will sign a “separate peace” (I use the term loosely, following John Knowles ‘s novel) with the WGA (Writers Guild of America), and that writers will go back to work for Letterman’s show Jan. 2. A typical story is by Paul J. Gough, “Pants, WGA sew up deal for shows’ return”, in Hollywoord Reporter today ). It is expected that CBS late night television will enjoy and advantage over other networks, as Letterman will be able to attract major personalities to his show (they don’t have to cross a picket line), which will improve his Nielsen ratings and their for sponsoring advertising revenues. This could pressure the other networks and the producers’ association to make a substantially similar settlement. The other late night shows will try to return to live production without WGA writers Jan. 2.

Does Letterman’s “right to work” undermine the whole collective bargaining process with some kind of asymmetry? Did the proponent of the “zipper club” do this “because I can?” Will he pop jokes about it?

CNN is reporting on the strike, “the longer it goes” --- it become self-sustaining, like a vicious circle -- like the explanation of the Great Depression on a free-response SAT test.

The strike was covered earlier on this blog on Nov. 4, and on another blog here Dec. 9:
Posted by Bill Boushka at 3:53 PM