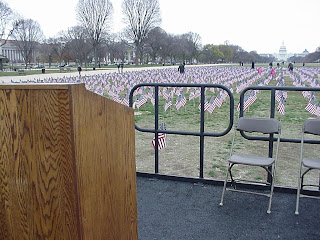 Tonight, Dec. 2, WETA in Arlington VA broadcast the new film “Homefront: World War II in Washington,” filmed by the local PBS station. It probably ran about 80 minutes, as it was often interrupted (over two hours lapsed) by lengthy appeals for donations, with “Single Volunteers of DC” manning the red phones.

I wrote a term paper in eighth grade in middle school “The Home Front During World War II” and I still have the typewritten copy. Much of the subject matter concerned the sacrifices expected of civilians, who in those times all understood “pay your dues.” Likewise, here: the film examined the ration boards, and showed how in an emergency government can supervise citizens in a democracy with duties and rules that operate outside of the normal market economy. Here, though, kids could earn “ration points” for their families by picking up scrap metal like tin off the streets.

But, visually, the film, mostly in black and white with tricky color overlays of the people being interviewed, gives a stunning picture of what life was like about the time I was born (1943, in Columbia Hospital for Women in Washington, near GWU). There are shots of the temporary offices along the reflecting pool near the Lincoln Memorial. There are steam trains coming in to the Washington Navy Yard, the one manufacturing plant in the city. Glen Echo with its “Crystal Pool” at the end of a streetcar line was shown. (It reminded me of “Crystal Beach” on Lake Erie in Ohio). The downtown F Street stores (like Woodies, Lansburghs, and Hechts) and theaters (the Capitol, Palace, Columbia, and Warner) with their stage shows, shorts, comedies, westerns and features and most of all, news reels, were mentioned (and the marquee for the notorious “Pix” with its “Burlesque in Harlem” was shown), as was the Torpedo Arts Factory, now in Alexandria.

The social history, particularly of the women (“government girls” -- not "gossip girls") who moved to Washington to work, is fascinating. Homeowners were pressured to rent out rooms to girls, and hotels (sometimes Y’s) packed them several to a room sometimes; they lived in essentially military conditions. The shortage of office space was so severe that people worked in lavatories. And the government had to run drives to get typewriters in this pre-computer age. Rental services manually kept records of available rooms in these days before computers.
Posted by Bill Boushka at 7:55 PM

The social history, particularly of the women (“government girls” -- not "gossip girls") who moved to Washington to work, is fascinating.

I came across while watching movies. .Thanks for sharing..^__^..I will tell my sister and friends about your blog ...continue to
write an article...I'm looking forward for the upcoming posts you will be posting

Here are the list of things I search on the internet..I have a great time watching it. I think you also.

Where to watch movies


for more trending news try to visit "
"is now Trending"