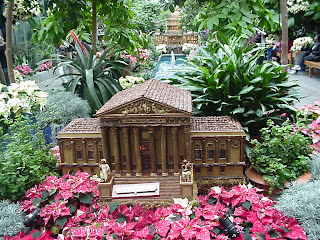 During the last year or more, a number of major television networks or owned/afilliated stations on ABC, NBC, Fox have reported on the increasing problem on online reputation and a company called Reputation Defender, started by Michael Fertik, that offers a service monitoring and repairing online reputations. The clips are substantial, varying in length from 5 to 12 minutes. Some network anchors, like Martin Bashir, interview Mr. Fertik. One of the best clips is the Forbes Magazine clip (with Poppy Harlow), which is one of the shorter ones. The link is this.

The basic issue starts with the fact that major search engines make it very easy to retrieve information about almost anyone who is active on the Web under his or her own name, or about whom others post information, true or not. The information stays indefinitely unless removed, and spreads in open public in a "viral" manner. Unlike the practices in the old world of print and formal broadcast (and cable) media, people generally have not been trained in the legal risks involved (for themselves and others) and essentially no due diligence is practiced in these postings. Legally, information posted by amateurs can run the same risks as those posted by media companies: copyright infringement, libel or slander, and invasion of privacy. However, amateurs (often kids and teens) have no real sense of accountability, and many postings are anonymous. In practice, it is difficult to go after parties that don’t have “deep pockets.” (An exception has been the individual civil suits filed against consumers by media companies for copyright infringement in P2P downloads, but this is fundamentally a different issue.)

Most of the problems presented in these clips have to do with individuals spreading malicious (usually false) information against others out of spite or desire for revenge, or sometimes (with kids) as pranks. In a few cases big lawsuits and judgments and garnishments have resulted, but these are relatively rare. In a few other cases (as one in particular involving a tragic car crash caused by a teenager’s negligence) the information (or photos) posted are true but obviously mean-spirited.

Although Fertik doesn’t get into this part of the problem as much as he could, it is the “true” postings that may present the bigger ethical and societal challenges. Many objectionable postings “truthfully” show other individuals involved in mildly anti-social and technically illegal behavior, like underage drinking at discos, or sometimes, marijuana use. Less frequently, but perhaps just as troubling, websites or blogs run by others may include truthful somewhat trivial information about a person that normally would become irrelevant with time (perhaps a careless public statement or press release), but remains like a splinter on the person’s “reputation” as others may perceive it. As the media has been reporting for the past two years or so, many employers have been looking at blogs and social networking profiles or objectionable “public” behavior, and some have misused search engines to run “skip traces” or “background checks” on people and read comments made by or photos taken by others. When employers (or perhaps potential dates or even maybe landlords) find such information, they often exclude the person without a second thought because doubt has been cast, even in cases where they may have identified the wrong person. (The likelihood of this happening with a particular individual can obviously depend on how common his or her name is, and on how it is spelled.)

Fertik’s company (as do some others) offers to monitor a person’s online reputation, and in some cases he goes beyond the obvious searches and looks at other sources not found by search engines (sometimes from supposedly white-listed profiles or sites but still out in the wild) -- what he calls the “deep Internet”. Presumably he would look for potential misidentification. (I wrote about this problem on my main blog Dec 19: link is here. The second picture on this posting, at the very bottom, gives an example of an employer's search -- identifiable on a server log by IP address -- for a troubling combination of words with my name, when the actual use of the words on a real file to a human being may be meaningless or harmless if properly read and understood in context -- but this is the kind of knee-jerk reaction from employers that Fertik is talking about.) The visitor should watch some of the videos on his link where he describes in detail his services and charges. Fertik’s company will then contact websites that have posted bad information about someone and try to have them removed, although his company cannot itself take legal action for libel. It is unclear how pressure his company can exert with truthful, if petty (particularly after the passage of time), information that does not actually invade privacy according to established standards of intellectual property law. It's also noteworthy that ISP's (and social networking companies in particular) generally have a limited ability to flag and remove objectionable material after reviewing complaints from specific parties, but that takes staff!

One expensive service, used by established celebrities, involves re-arranging the results of search engines to make a more favorable impression.

As an ethical issue, employers (and schools) should develop “best practices” that include telling applicants what kind of Internet “background checks” will be done and, particularly, tailoring the “background check” to the kind of job that will be done. In some jobs, online reputation (right or wrong) can have an effect on a person’s performance in publicly representing the interests of the company and stakeholders or clients. A subtle problem can occur with parody or satirical blog postings or profile entries: when done in the movies or television, with a certain amount of mass, or when said by organizations, this sort of speech is well accepted now; but when said by individuals in an asymmetric fashion, it could create the perception of a "sharp edge" or hostility with stakeholders, possibly with legal implications in the workplace.

In a couple of the video clips, Fertik advises people to go ahead and set up their own blogs, which often automatically index toward the top with most search engines, to present the impression that they want and need. This could comport with the desire of some businesses to have the online reputations of their key people managed "professionally" as by, for example, Ziggs.

Another major area where reputations matter is, of course, social relationships. People often check out prospective dates with search engines, and can be distracted by malicious comments, sometimes made about a misidentified person.

This whole subject (of reputation as mediated by the Internet) could clearly inspire some good original plays or movies. I have my own treatments underway on my own computer. There is a series on CWTV, "Gossip Girl" that starts off with this idea.

By all means, watch these clips. They are a wake-up call.

I have posted a related item on the "taken as a whole" or "context" problem of the Internet, on my COPA blog, here.
There is another related posting on my I.T. job market blog here. 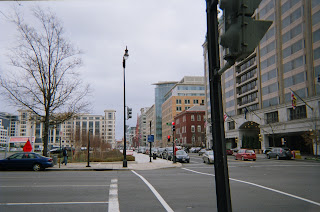 There is more about this problem from the Dr. Phil show today. Please see my blog for that day.
Posted by Bill Boushka at 12:27 PM

Nice to read your blog about online part time jobs to make money. I just write about a blog about the same keywords to promote the linsk here to get more traffic through us.