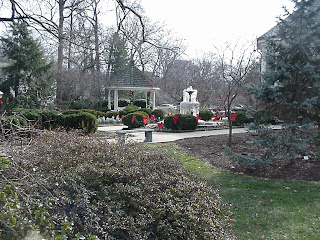 Tonight, Saturday Jan. 5, 2008 ABC News sponsored a presidential candidate debate double-header, with the Republicans (six candidates) for two hours, followed by the Democrats (four candidates) for two hours. To qualify, a candidate had to score 5% in a certain number of polls leading up to the New Hampshire primary Jan. 8. The main web link is this. The debate was held at Saint Anselm College in Manchester, NH.

The format was informal, with much of the debate an unstructured discussion among candidates of questions posed by journalists.

The Republicans featured John McCain, Rudy Giuliani, Mike Huckabee, Mitt Romney, Ron Paul, and Fred Thompson. The main question seemed to be the source of rage against the West from much of the Islamic world. Ron Paul kept saying that this came from American occupation of Arab lands (something often said by Osama bin Laden). But generally the other candidates pointed to a vitriolic ideology that needs to impose not only a caliphate but its moral values on the whole world. But to some extend, our own religious right wants to do that. Several of the candidates mentioned the Egyptian philosopher Sayyid Qutb, often written about in the Weekly Standard. Giuliani called the threat of radical Islam "existential."

On health care, the candidates generally took the position that the free market could reform it. Romney made the point that when many people don’t buy health insurance, others pay more to cover the “cherry pickers,” a suggestion that health insurance ought to be mandatory. The candidates supported health savings accounts and the purchase of health insurance with pre-tax dollars, with certain protections regarding pre-existing conditions.

There was an angry exchange over immigration, with McCain accusing Romney of running attack ads claiming McCain supported “amnesty.”

The link for the Republican debate (story by Jennifer Parker) is here.

The ABC News team was more challenging with the Democrats, where tonight comprised Barack Obama, Hillary Clinton, John Edwards, and Bill Richardson, and that’s all folks! Charles Gibson started right out with a question on nuclear weapons: how would candidates handle a nuclear terror attack “the day after” (to quote the name of the Cold War 1982 film). He pointed out that some authorities (Graham Allison) have predicted a 30%-50% chance of such an attack on US soil in the next decade. The answers were nebulous, but Hillary pointed out that any non-state terror actor has to have a state haven, and she would attack any state determined to be the haven. This is different from the current Bush policy of pre-emption.

On health care, much was made of the fact that Barack Obama’s plan is mandatory for children but not adults, because adults can make choices. Obama said that, could he start over, even he would go for single payer.

Obama even noted that the Washington Redskins had lost (35-14) to Seattle earlier that day.

The ABC story by Marcus Baram on the Democratic side is here.
Posted by Bill Boushka at 8:31 PM