Days of our Lives: The characters need "Reputation Defender" 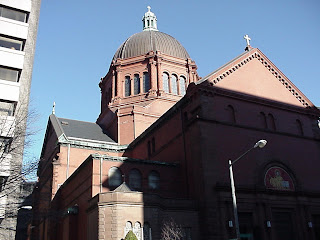 Today (Thurs. Jan. 24), NBC / Corday’s “Days of our Lives” weighed in on “reputation defense,” however indirectly. To start with, Marlena used a great metaphor in describing the resurrection of her supposedly lost husband, John. “Stefano dry-cleaned your brain.” Great line. But more important was when supercop Bo (aka "Beau") tells his purloined daughter Chelsea, as he senses the relationship between Chelsea and her sorority pledges, “loyalty is a great thing, but the Truth is more important.”

Chelsea, remember, along with her sorority sisters, had plastered photos of Ford Decker (a most attractive Matthew Florida in real life) all over the Salem (Ohio? - they talk about Route 13 sometimes) college campus, accusing him or drugging the girls with date-rape ecstasy-like compounds and following up – a “truth” that the show clearly establishes (Nick and Chelsea even get the evidence illegally by climbing into his apartment through an open second-story window from a tree – no fire escape needed.) The non-WGA writers (probably management right now) didn’t bother to have his reputation plundered on Myspace -- but that would have been a much more contemporary way to do it than with photos in the bricks and mortar world. Never mind, college campuses have lots of post-it bulletin boards, so the idea would work. Now, Billie (a “CIA” agent) and Gatsby-like Nick (Blake Berris) (now a 23-year-old college professor with lab reports to grade, having lost his job in the medical lab protecting Chelsea and Willow before) stand to lose their jobs (Nick, again) for “protecting” Chelsea. Again, the “reputation card” (and they actually said, Billie will lose her “reputation”) gets played. I wonder why good guy Max (Darin Brooks) caves in and hides Ford’s body – twice. (Stephanie's really not worth it.) That’s out of character for this level-headed race car driver (an oxymoron, perhaps). Now, the trouble with Ford is that he’s dead.

On Jan. 30 Ford Decker's father makes a deal with the DA to prosecute Chelsea, and Roman from the Salem police moves in to make an arrest. That perhaps can be done in Ohio (where the show is supposed to take place), but in some states, like Virginia, a DA cannot prosecute without an independent police investigation first. That sounds like a safer criminal procedure. 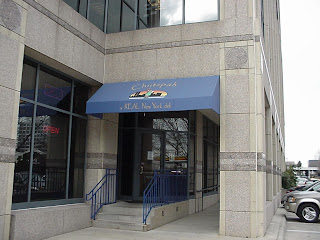 Note: The Republican candidates had a "kinder, gentler" debate on MSNBC tonight from Boca Raton, FL, link here. Huckabee made a job comparing "undesirables" to "non-Republicans" and pitched his "fair tax" a little. One reporter (Tim Russert) asked the candidates how they would run against a Democratic candidacy that effectively offers a third term for a "Hilly and Billy" co-presidency.
Posted by Bill Boushka at 11:40 AM