Gossip Girl illustrates reputation problems, but in a "silly" way 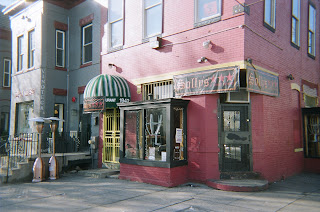 A Primetime series on CWTV this year does get at some of the problems with the Internet and “reputation defense.” The series is called “Gossip Girl”. The CW link is here. The storyline considers a number of upper middle class privileged teens at a private prep school (high school) in Manhattan. They always wear nice blazers, suits, or whatever; they’re always immaculate and “dressed for success.”

Some of the story line concerns the “gossip girl” who spreads rumors about the preppies on her mobile blogs. Other preppies feed her with material, such as a scene (right out of “Juno”) where one of the co-eds is in a pharmacy buying a pregnancy test kit. Text messages get into the blogs, which help drive a number of the situations from week to week.

Some of the actors are new, but they’re all appealing, including Baltimore native Penn Badgley, who sounds like a graduate student but whose father says he is a 17-year-old. He was in TheWB’s short lived “Bedford Files” and here has to un-age about four years, which gets interesting.

Gradually, the ethical situations get more serious, as when some students break in to a swimming area for a party with some underage drinking, and one is almost killed in a water accident. That leads to a headmistress investigation where the ethical problems of a cover-up are explored. One boy who takes the fall, Nate (Chace Crawford), has a pop with serious legal problems (embezzlement) of his own.

But it is the “reputation defense” problem in this show that is interesting. The consequences for “gossip” tend to deal with social and dating relationships, and sometimes business consequences (maybe for parents) to the extent that these depend on social position. That’s a fundamental problem with trying to deal with “reputation” and the Internet – so much of it is in the eye of the beholder and does not deal with issues that normally fall within the legal rubric of libel or invasion of privacy.

I had discussed “reputation defender” in network television videos on Dec. 26 on this blog.

CWTV is a new “network” formed by merging of CBS ‘s UPN subsidiary with Warner Brothers (TheWB). It was supposed to provide more creative input into the shows. It’s not clear that this has happened, and the WGA strike could start affecting it soon (although “One Tree Hill” had a rousing return Tuesday Jan 8 with Lucas now a writer, Nate recovering from a bar injury, and Nate’s wife struggling as a teacher; the series is discussed in the March 2006 entry in this blog).

Even given WGA, CW will start new episodes of both Smallville and Supernatural Thursday July 31 (that is, February 0). Lana has a blog now, and she has to worry about her reputation, now that she has returned, and apparently reputations travel to other planets faster than the speed of light. Sam sill has to keep his "reputation" as the almost-law-student golden boy (he does most of the Internet searches on demons on each trip with Dean). A Supernatural rerun tonight had a great ad from abovetheinfluence.org -- a handsome teen, abusing substances, gets into a cocoon and comes out as a fat, bald middle-aged man. 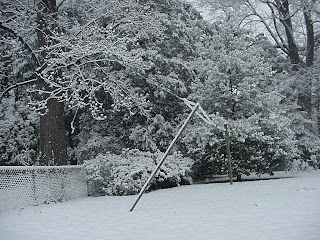 CWTV was advertising today that Monday Jan. 28 it will broadcast "Gossip Girl Revealed." I wonder what (and who) will be "revealed." I can guess. But prep schools don't have Skull and Bones, do they. 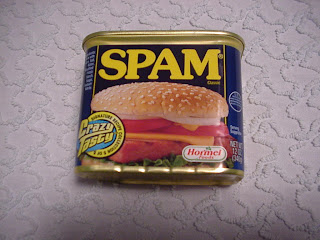 Indeed, CWTV did have a 90 minute show on "Gossip Girl Revealed" centered around the Pilot, with deleted scenes. The show discussed the supposed anonymity of the "gossiper" (although it seems she is shown in Grand Central Station). Penn says "she or he could be any one of us." Anonymity of speech, while defended as a First Amendment right, may present problems in tracking down those who post libelous content in "reputation defense" actions.

This advisory came in with an automated email from the Dr. Phil show. On Monday Jan. 21 Dr. Phil plans to have a show "Real Life Gossip Girls" involving threats made on Myspace followed by the possible loss of homes of teenage girls who spread the gossip because of the legal ramifications.

Indeed, the show took place on Martin Luther King Day (it was probably taped a few days earlier). The link is this. In the show, Dr. Phil issued a statement about his visit to Britney Spears (that itself had been the subject of "gossip"). On Tues Jan 22 ABC News and Good Morning America presented Dr. Phil's intervention in a critical light, bringing up the question of the lack of licensure in California, in the story "Dr. Phil Says He Regrets Statement on Britney: But the TV Shrink Doesn't Regret Talking to the Pop Star," story by Bill Keveny of USA Today (with Chris Cuomo), here.

Then Dr. Phil (on the Jan 21 show) presented two disturbing stories of teenage gossip among girls in middle and high school leading to serious consequences. One story had to do with an "unauthorized" photo sent among cell phones (it did not involve social networking sites). The second had to do with a threat posted on Myspace (related to a dating triangle) that resulted in a misdemeanor conviction on the girl followed by a lawsuit against her parents that has caused them to take out three morgages. They (as well of the siblings) could lose everything because of her "gossip" on Myspace, although it was a bit more than that.

Dr. Phil also discussed a website, gossipreport.com, that lets people gossip and post rebuttals, all anonymously. Dr. Phil decried the anonymity, yet that is a First Amendment guarantee. "Technology!" he said. I tried to get to the site to test it, and found "could not connect to database". It was probably overloaded because of the show.

Another example of how a small incident can become "gossip" on social networking sites occurred last week in Fairfax County VA when a student was brazen enough to call a school system official at home about the lack of a snow day after a 3-inch wet snowfall typical for the area. The wife called back, left an angry message, which got posted all over the place. The story in The Washington Post is "Va. Student's Snow-Day Plea Triggers an Online Storm", by Michael Alison Chandler, p A01 The Washington Post, Jan. 23, link here.
There is discussion of the fact that teenagers today do not have the same idea of privacy as did previous generations. The YouTube link for the audio of the return phone call was present Wednesday morning (Jan. 23) but was removed by the student, after being played on national media.

For more on Myspace and blog issues presented on Dr. Phil, see this blog entry for Jan. 15, 2008. 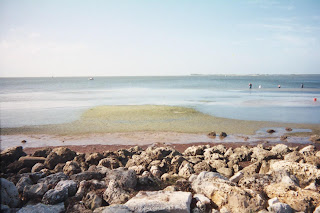 The Examiner has a story about JuicyCampus, "Students Fight Back Against Gossip Site," by Justin Pope, link here. Despite the "reputation" issues, colleges say there is little they can do about activity not performed on college computers.
Posted by Bill Boushka at 4:18 PM