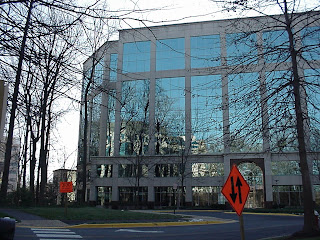 A major part of the first hour was spent on health care. Hillary Clinton stressed mandatory universal coverage and offering the uninsured access to the Congressional health plan at reasonable prices, with outlawing exclusion for pre-existing conditions. Hillary accused insurance companies of "cherry picking" and insuring only the healthy. Apparently there would be mandatory purchase of individual coverage for some people.

Barack Obama wants a program that covers adults not already covered by employers, and children. He does not want to make it mandatory for uninsured adults (it would be for kids) but he claims it is universal. Obama gave a graphic example of the cost of diabetic leg amputations that result from neglect.

The CNN link on all the candidates on health care is here.

Hillary was very critical of laws that criminalize "Good Samaritan" help to illegal immigrants, who often take jobs that Americans don't want (as migrant farm workers, or in nursing homes).

Hillary Clinton talked about going to work for the Children's Defense Fund out of law school (that is, she worked for a charity as a "profession") and says later that she was instrumental in tripling the rate of adoption of children in California out of foster care.

Hillary was also asked how she would control her spouse, essentially getting third and fourth terms in the White House (FDR?)

According to ABC's "The View," Barack Obama has said that he would take away tax benefits from companies that offshore jobs.

There is talk of a "dream ticket" of Hillary and Obama.

I still wonder if Al Gore could upset the applecart and decide suddenly to run. That's possible if there is no nominee after one ballot at the Democratic Convention in Denver in Aug. 2008. I suppose with only two serious contenders now, it's wishful thinking. But if it did happen, no more movies (just like Schwarzenegger).
Posted by Bill Boushka at 7:53 PM