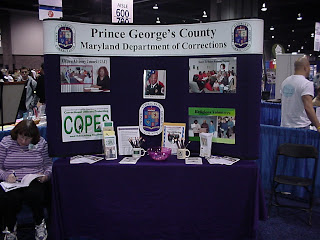 PBS: American Experience: Oswald’s Ghost (1:26, dir. Robert Stone) is a straightforward documentary about the Kennedy Assassination. The main website reference is this.

The report emphasizes Oswald as a “small man” who imagined that by some kind of asymmetric activity he could change history. That he did. The program gives the impression that he was more interested in the attention he could attract (to his pain and disillusionment) than in actual sympathy with Communism as a “moral” ideology, even given his stay in the Soviet Union. Once he got cornered that Friday afternoon in the movie theater in Oak Cliff in South Dallas after shooting a cop, he knew he was “doomed.” “Copkillers” are punks, the show says, not martyrs or “revolutionaries.” So he tried to feign innocence until Jack Ruby finished him.

I recall the moment of Ruby’s shooting. I was in the family car with my parents on 17th Street in Washington, returning from a church service, with the car radio on, reporting it live almost as if it were a sporting event. When JFK himself was shot, I was at work in a rheology lab at the old National Bureau of Standards on Van Ness Street, when my boss came in and told me. For about twenty seconds or so, I did not grasp what had just happened. They let us off work, and I remember waiting for a bus on K Street (there was no Metro yet) wondering if the H-bombs were coming. The Cuban Missile Crisis, which had happened while I was a “patient” at NIH but attending classes at GWU and getting the stories on the student union television, was still fresh on my mind by then.

The show discussed Garrison’s “investigation” and indicated that Garrison focused on “homosexuals” (like Clay Shaw and maybe David Ferrie) as if they somehow were inclined to conspire. Even Oliver Stone’s 1991 film “JFK” goes into that. The notion is offensive today, but it may have contributed to a tendency for the Dallas Police Department to raid gay bars for no reason until around 1980 (when I was living there). There was also discussion of the idea of trying to invent a conspiracy by pseudo “code breaking.”

In November 2007 the History Channel had aired a two hour documentary “Beyond Conspiracy” (dir. Mike Obenhaus) that presented proof that Oswald was the lone assassin. Peter Jennings had presented a similar documentary on ABC in 2003. We don't like the idea that the stability of our lives can turn on such random events and be orchestrated by one sociopathic person (hence Oswald's history is a "ghost story") or one disaffected and decentralized "cell"; we feel more comfortable with believing in big conspiracies.
Posted by Bill Boushka at 8:08 PM